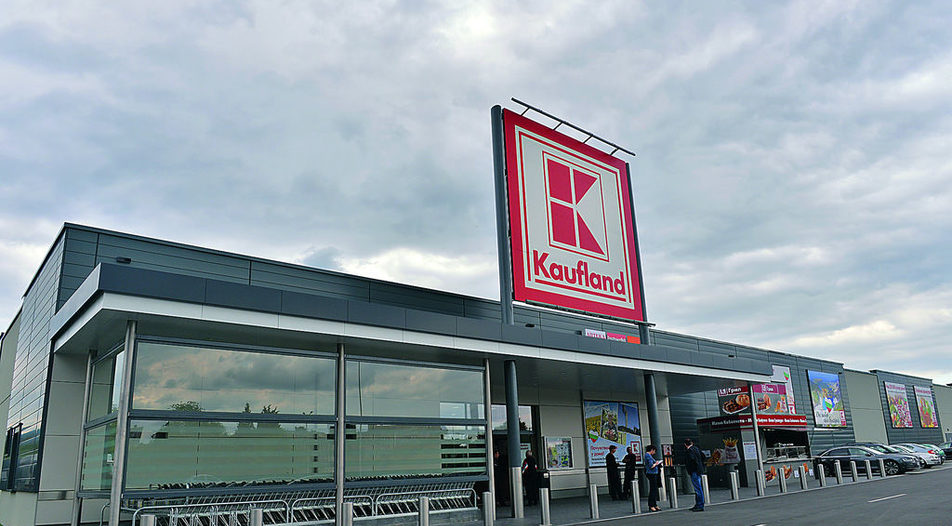 The 30 biggest retailers in the sector of the fast moving goods boost sales by 11% in 2016, way ahead of overall market growth of 1.6%

• All but four retailers in the ranking report sales growth.

• Retailers selling excise goods contribute just 7.5% of turnover in the top 30 group but are the fastest growing segment.

• Kaufland Bulgaria is the uncontested leader with a turnover of 1.663 billion levs, double the sales of the second-ranked company.

In 2016, the consumer goods market in Bulgaria grew by 1.6% in terms of value and by 1.1% in terms of volume, year-on-year, according to data of Nielsen Bulgaria. Against this backdrop, the 30 leading retailers increased their proceeds from sales by 11% to 5.638 billion levs in total, data of the Commercial Register show. The pace of growth of their total turnover remained at the levels of the previous year, when sales grew by 11.5% to 5.074 billion levs. Only four retail chains, mostly local ones, reported a drop of revenues.

Seven chains of super- and hypermarkets with an annual turnover exceeding 100 million levs ranked highest among the top 30. Five of them have stores across the country: Kaufland, Metro, Lidl, Billa and T Market. Two are regional - Fantastico in Sofia and Varna-based CBA AD. These biggest players account for around 82% of total sales of consumer goods in the ranking. The annual growth in 2016 was identical to the market average of the top 30 retailers 11%.

The eighth chain with a turnover of more than 100 million levs - Lafka, is specialized in the sale of cigarettes at brisk locations across the country. Apart from it, there are four more retailers specialized in sales of excise goods - cigarettes and spirits, one of them also having a nationwide network. The excise goods retailers are the smallest (7.5% of the turnover in the top 30 group) but the fastest growing segment. In 2016, their sales increased by 18%.

For some time now there has been an interesting development involving retailers operating at a local and regional level, of which 20 are included in the ranking. Many of them, although being personal or family undertakings, have developed based on the model of up-to-date retail. The share of this segment in total sales is 20.5%, with moderate annual growth of 7% in 2016.

Three big supermarket chains dropped out from the market in recent years. In the autumn of 2015, Germany's Rewe Group announced that it was withdrawing its discounter, Penny Market, from Bulgaria. In the autumn of 2016, the actual bankruptcy of Carrefour was officially recognized. The stores of this French chain were run on franchise model by Greece's Marinopoulos Group. The Piccadilly chain, which had repeatedly changed hands in the past years, stopped operations at the beginning of 2017. In the last two cases, the agony was continuous. The market seems to have reacted long before the two companies officially dropped out, distributing their share evenly among their peers.

Kaufland Bulgaria is the indisputable leader in the ranking as its turnover of 1.663 billion levs is double the sales of the next company in the ranking. In 2016, Kaufland grew its sales by 11% after it increased the number of its supermarkets by one to 56.

In 2016, the proceeds from sales of Metro Cash&Carry Bulgaria (2) rose by 3% to 815.1 million levs. However, the sharp drop of profit should be noted.

"The result of operations in 2016 was 21.2 million levs, 36.8% down year-on-year," the company says in its financial report. The chain attributes the decline to "heightened cost of sales amidst an ongoing economic crisis and increasing expansion of competitive chains on the market."

Fantastico was the indisputable leader in Sofia with a turnover of 431.78 million levs in 2016. This places it fifth among the supermarket chains with Bulgarian ownership. Fantastico had a higher profitability ratio (5.42) than the the leader, Kaufland (5.08).

The turnover of Kome (11), a part of the CBA marketing association, rose by 8% last year and was equal to one-seventh of Fantastico sales (62.4 million levs).

Another two retailers based in Sofia - German-owned Hit Hypermarket (17) and Magazin 345 chain of food shops (21), marked a decline of turnover in 2016 and refrained from opening new stores. A report of an independent auditor of Hit Hypermarket says that there exists "considerable uncertainty which could trigger serious doubts as to the company's ability to continue operating".

The CBA AD chain of supermarkets (8) is a leader on the Bulgarian Black Sea coast. The company has its headquarters in Varna and a corporate office in Veliko Tarnovo. In 2015, its revenues exceeded 100 million levs and the following year they increased further by 12% to 123 million levs. Bourgas-based Bolero (18) and Varna-seated Makao (20) are second and third, respectively.

There are powerful local supermarket chains operating in Shoumen, Rousse, Pleven and Dobrich. The leader in northern Bulgaria is Shoumen-based Trunchev (12), followed by Patsoni in Rousse (14), Roco Barocco in Pleven (26) and HM Tomy AD in Dobrich (28).

In southern Bulgaria, the two strongest chains are located in Plovdiv - Triumph (13) and Leksi (15), followed by CBS in Stara Zagora (19)

In the world of clothing

There are 17 companies selling clothes, shoes or sports goods among are top 100 retailers in Bulgaria. Their sales totaled slightly over 636 million levs last year while the growth was 18% in 2015 compared to 2014. The biggest clothing retailer was H&M, recorded sales double the sales of Zara and LC Waikiki combined which are number two and three in the ranking. Only one clothing retailer was a loss-maker in 2016 - Terranova, run by the Ital-Tex company. The remaining apparel retailers all posted profits, which exceeded 1.0 million levs for 12 of 17 included in the ranking. Zara, a part of Spanish group Inditex posted the biggest profit among them, of some 7.5 million levs, with a profitability rate of 22%. Sport Vision was the company with the highest profit growth rate in the group - 138%.

In 2016, the proceeds from sales of the five companies in the ranking specialized in the retail of excise goods at brisk locations increased. The turnover of Tabak Market, the operator of Lafka shops, increased by 18% to 233.2 million levs. As at the end of 2016, Lafka had 939 outlets in 21 cities and many other locations throughout the country. The company is a retailer of cigarettes, spirits, beverages, confectioneries and newspapers and leases advertisement space at its kiosks. In 2016, Tabak Market tripled its loss to 8.863 million levs. FMCG Trade AD and Blagoevgrad-BT AD have shares in the company.

The proceeds from sales of LS Travel Retail Bulgaria (9), a subsidiary of French company Lagardere Travel Retail, which is a world leader in the trade in transport and travel zones, increased by 11% to 65.5 million levs. Bulgarian-owned chain Avanti (10), reported a 24% growth of turnover in 2016, to 65.24 million levs.

The duty-free and travel retail trade is represented by two joint venture companies ranking first and second, respectively, among the top 30 in terms of profitability.

Nuance BG (16) is a joint venture of The Nuance Group - Switzerland and Bulgarian Airways Group EAD (with Chimimport AD as its sole owner). For three years now the owner of The Nuance Group has been Swiss group Dufry, a world leader in the travel retail sector with 2,200 stores in 64 countries. Nuance BG operates duty-free and travel retail stores at the coastal airports of Varna and Bourgas and has been a supplier of goods for the planes of flag carrier Bulgaria Air. The company's profitability rate is 5.99. It plans to increase profits by enhancing services and optimizing costs in 2017.

• Retailers selling excise goods contribute just 7.5% of turnover in the top 30 group but are the fastest growing segment.

• Kaufland Bulgaria is the uncontested leader with a turnover of 1.663 billion levs, double the sales of the second-ranked company.