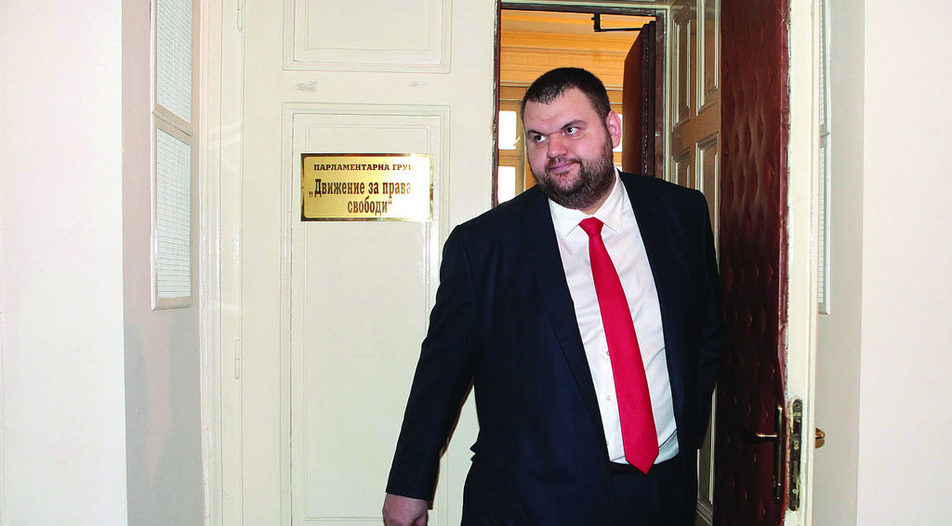 The seller is believed to be MP Delyan Peevski, who will get more than 100 million euro

After Bulgaria failed twice to sell its former tobacco monopoly Bulgartabac to an international major, such sale has now taken place - but not before Bulgartabac was privatized in a murky deal in 2011 by companies allegedly owned by Delyan Peevski, a member of parliament and a central figure in the Bulgarian oligarchy.

In April, Mr. Peevski sold all brands and the logistics business of the tobacco holding, as well as the Lafka chain of cigarette kiosks in Bosnia to the world's second largest cigarette company in terms of market share, British American Tobacco (BAT). The deal worth more than 100 million euro will make it a leader in Bulgaria with a market share of approximately 42%.

BAT had already been a candidate to buy the core business of then state-owned Bulgartabac back in 2005 but the parliament aborted the privatization procedure. Now, because of previous botched privatization attempts, BAT acquires Bulgartabac's main assets for а considerably lower price.

Delyan Peevski, a MP from the Movement for Rights and Freedoms (MRF) who is believed to be the end owner of Bulgartabac, will keep the tangible assets: the cigarette factories in Sofia and Blagoevgrad, the Lafka kiosk business and Yuriy Gagarin cigarette filter factory in Plovdiv.

BAT is buying 23 active brands of Bulgartabac with licenses for sale in Bulgaria and the Adriatic region. The package includes the MM and Prestige licenses, BAT said. There were rumors that Bulgartabac would keep them in order to produce them for export to the Middle East.

The buyer will continue producing the purchased brands at Bulgartabac's factory in Blagoevgrad for a year or two and will then review its plans in Bulgaria to align them with its strategy. BAT has not shown interest in acquiring Bulgartabac's factories, most probably because it has enough production facilities in the region: in Poland, Romania, Croatia, Serbia and Hungary, as well as in Turkey. On a global scale, the company owns 44 cigarette factories in 42 countries.

The sale and purchase agreement was signed on April 11. The deal is subject to approval by Bulgaria's Commission for Protection of Competition (already granted), as well as to anti-trust clearance in Bosnia, Kosovo and Albania where Bulgartabac's brands will be sold. The transaction is expected to be finalized by the end of June. The purchase will be financed from BAT's own funds.

The company will expand its team in Bulgaria by 80 people and keep the 1,000 or so jobs in distributor Express Logistics and Distribution (ELD). BAT is likely to hold talks with other cigarette companies to distribute their products, too. Currently there are three large competitors in cigarette distribution. ELD, which had a turnover of nearly 1 billion levs (500 million euro) in 2015, sells the cigarettes of Bulgartabac, KT International (formerly called Kings Tobacco, part of Bulgarian group Vinprom Peshtera), as well as part of Karelia's cigarettes. Tobacco Trade is the current distributor of BAT, Japan Tobacco International, Imperial Tobacco and Karelia. Philip Morris works with Orbico.

Richard Widmann, general manager of BAT's Central European cluster, described Bulgaria as one of the most competitive markets in the world with seven cigarette companies operating on it, compared to three or four in most other countries. "Our first step will be to integrate the brand portfolio we are acquiring with ours. Depending on the market situation, we will decide on how to restructure our portfolio," Widmann said. In his words, the decision to invest in Bulgaria has been determined by BAT's strategic objectives but political stability and the government's efforts to fight cigarette smuggling (about 8% last year) also play a role.

This is not the first time BAT has demonstrated interest in Bulgartabac's business. The company was one of the 10 strategic investors which purchased documents for taking part in the privatization of the cigarette holding in 2011 but it pulled out of the procedure just before the final stretch, citing reasons of commercial and strategic nature.

BAT was also a candidate for the privatization of three cigarette factories of Bulgartabac back in 2005 with an offer of 250 million euro but the parliament aborted the procedure.

British American Tobacco has been present in Bulgaria since 1993. Last year, it was the fastest growing company in terms of sales, increasing its market share by 2.2 p.p. to 13.2%. In March, it ranked fourth by sales after Bulgartabac (28.6%), Greece's Karelia (19.9%) and Philip Morris (16.3%). BAT has five brands registered for sale on the Bulgarian market: Lucky Strike, Kent, Vogue, Rothmans and Dunhill.

Also last year, Bulgartabac announced it was withdrawing from the Middle East, although later on it recovered some sales in the region. The tobacco holding continued losing positions on the domestic market too - from some 33% in the past few years to below 30% last year - and failed to take advantage of the growing market.

Bulgartabac's price in the privatization deal in 2011 was 100.1 million euro for 80% of the capital. The official buyer was Russia's VTB but the bank actually served as a cover for the tandem of Tsvetan Vasilev, the fugitive owner of Bulgaria's failed Corporate Commercial Bank, and Delyan Peevski. When the two split in 2014, the cigarette business remained with the lawmaker. Now, Mr. Peevski is cashing in on the purchase: besides the profits earned during the years, he also keeps the plot of land of the idled cigarette factory in Sofia, where he is expected to develop a property project. He will also be selling filters to BAT through his factory in Plovdiv, at least for some time.

Mr. Peevski also controls a media group of newspapers and a television channel, distribution companies, the Technomarket chain of stores selling white goods and consumer electronics, the Lafka chain of newspaper and cigarette kiosks in Bulgaria, a few construction companies, two dairies, as well as dozens of properties.

After Bulgaria failed twice to sell its former tobacco monopoly Bulgartabac to an international major, such sale has now taken place - but not before Bulgartabac was privatized in a murky deal in 2011 by companies allegedly owned by Delyan Peevski, a member of parliament and a central figure in the Bulgarian oligarchy.