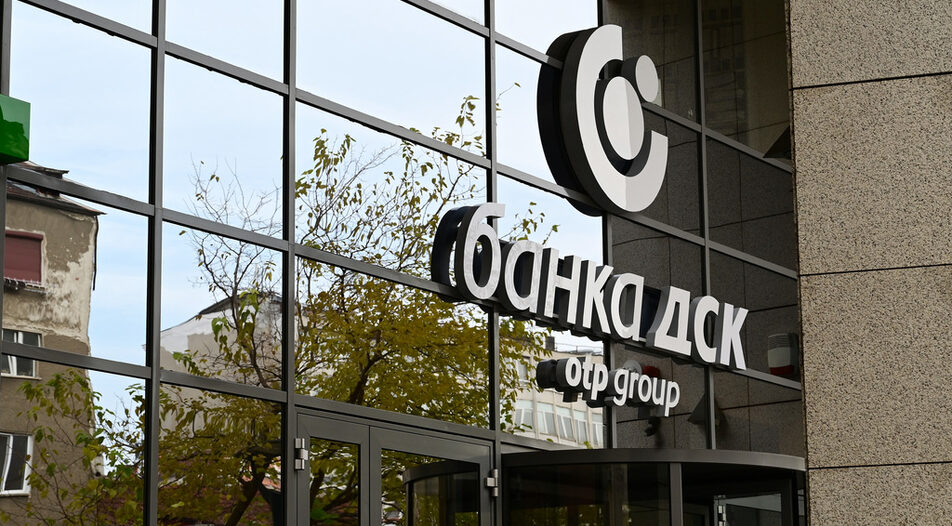 2021 was a good year for banks in Bulgaria. The economic recovery allowed them to reduce provisions for expected losses and return to rapid lending growth, especially mortgage lending. As a result, the banks' profit jumped by over 70% compared to 2020, reaching 1.4 billion levs (716 million euro). Still, this is below the pre-crisis 2019 levels but is getting closer.

The main driver for the increase in profits is the drop in impairment charges. They fell to 598 million levs (305 million euro) in 2021, nearly 280 million levs below their level in 2020 when banks set aside more provisions for expected losses due to high uncertainty, as the pandemic started to spread. The fears never materialized to the anticipated high extent due to fiscal, monetary and regulatory anti-Covid-19 measures, so in 2021 some banks even reintegrated some of their provisions.

However, lower impairment charges explain only half of the profit growth. Another essential part of the equation is the drop in contributions to guarantee funds. They fell by 145 million levs to 158 million levs. The reason: after Bulgaria's entry into the EU's Banking Union, it turned out that the local Bank Restructuring Fund had accumulated more resources than the required contribution into the European fund. Thus, in 2021 the Bulgarian National Bank (BNB) transferred the contribution from the available resources and banks did not need to make new contributions.

Another factor for the rise in profit was the extension of the credit moratorium until the end of 2021. This measure allowed borrowers affected by the economic impact of the pandemic to reschedule interest and principal payments on their loans by up to nine months. BNB data show that at the end of December more than 8 billion levs in loans were still under moratorium, which means that many companies and households had saved significant costs throughout the year. However, after the moratorium expires, some of these loans may be unable to return to regular servicing, which will cause some growth in bad loans.

Because of the economic recovery and intensifying lending, banks were able to achieve a better result from their core business. Net interest income grew by 4% year-on-year to 2.76 billion levs in 2021. This happened despite increasingly compressed margins due to higher volumes. The net income from fees and commissions increased by over 200 million levs, reaching 1.24 billion levs.

Thus, the only significant factor weighing on the results were administrative costs, mainly due to a rise in wages in the country and in the financial sector in particular. They rose by nearly 107 million levs year-on-year to 1.78 billion.

This mix of factors is different for different banks and the results vary. DSK Bank reports the biggest profit among lenders in Bulgaria, which is also a record in its history - 393 million levs. DSK has a 40% share of consumer lending, where interest margins are higher.

Some of the smaller banks with aggressive lending strategies such as BACB, D Bank and ProCredit Bank also hit records.

There are only 4 losing banks among the 25 banks and branches of foreign lenders. For the second year in a row, state-owned Bulgarian Development Bank is reporting a loss (-69 million levs). The reason is that the bank continued to set aside provisions for Covid-related measures (interest-free loans and corporate guarantees), as well as impairments for huge exposures granted to politically connected companies by its former management.

Traditionally, Municipal Bank is a loss maker. Since its privatization in 2018 the bank has adopted a strange strategy to sell much of its government securities' portfolio and hold more than half of its assets in the form of a deposit at the Bulgarian National Bank at negative interest rates. In some years the losses are compensated by one-time gains, but in 2021 this didn't happen and Municipal Bank closed the year with a loss of 9 million levs.

Data for the whole of 2021 and the last quarter, in particular, show a steady appetite for risk throughout the sector, although there are some variations. The competition is most intense in the segment of mortgage loans, in which there is growth in all banks. For the system, mortgage loans increased by 15% compared to 2020, reaching 15.8 billion levs. Nominally, the biggest contributor for this is UniCredit Bulbank with a 390 million levs increase for 2021, of which over 120 million levs generated in the last quarter. With DSK traditionally strong in the retail market the amounts are similar. In the fourth quarter alone, Postbank outruns them both and reports the largest increase in mortgage portfolio. BACB, D Bank and CCB reported impressive growth due to a lower comparison base. They are the banks with aggressive offers, with the lowest annual percentage rate (APR) falling to 2.7-2.8%.

In consumer loans, DSK took the lion's share of the increase, with its portfolio growing by 418 million levs in 2021 and by 92.6 million levs year-on-year in the last quarter. Since it is the hegemon in the sector with a 40% market share, the growth of its portfolio of consumer loans is below average in percentage terms. Among the more aggressive are Postbank and TBI Bank.

However, some of the big ones have even seen declines in the last quarter, especially United Bulgarian Bank (UBB) and Raiffeisenbank. These two are expected to be members of the same group soon, after it was announced in November that UBB owner, Belgium's KBC Bank, is buying Reiffeisenbank (Bulgaria) in a deal worth more than 1 billion euro.

However, they show increased activity in corporate lending. In total, UBB and Raiffeisenbank are responsible for more than half of the 1.17 billion levs increase in company portfolios for the entire system in the last three months of 2021. Currently, the combined corporate loan portfolio of the two banks ranks first in the segment.

The battle for Number 1

After a slight decline at the end of the year, the assets of the leader UniCredit Bulbank now stand at just under 25 billion levs, with distance to second-ranking DSK Bank being narrowed to nearly half a billion. In the first quarter of 2022, the gap will slightly widen mechanically, as Unicredit is merging with the factoring company from the group that holds 200 million levs in assets.

After quite outpacing the growth rate in the system, the combined total assets of UBB + Raiffeisenbank already stand at 26.3 billion levs, so the merger has a real chance to produce a new number 1. This is unlikely to happen within 2022, as regulatory approvals are needed for the finalization of the transaction.

In general, however, it is certain that the deal will create a situation of three banking giants, each with a market share of about 18-19%, vying for the top position on the Bulgarian market.

2021 was a good year for banks in Bulgaria. The economic recovery allowed them to reduce provisions for expected losses and return to rapid lending growth, especially mortgage lending. As a result, the banks' profit jumped by over 70% compared to 2020, reaching 1.4 billion levs (716 million euro). Still, this is below the pre-crisis 2019 levels but is getting closer.