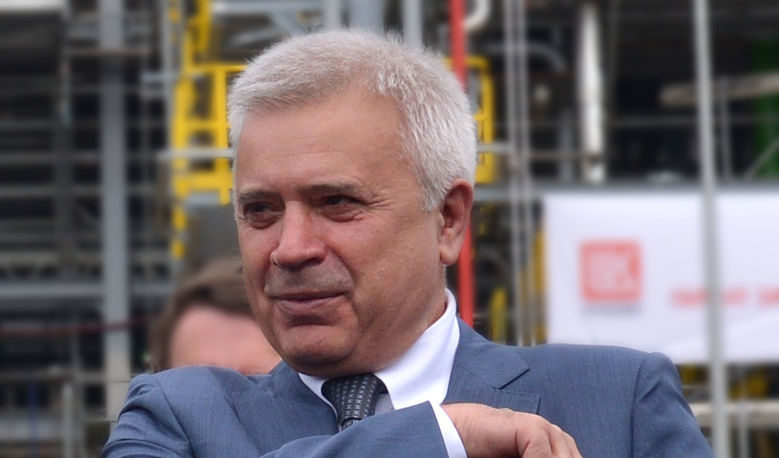 The president of Russian oil giant Lukoil, Vagit Alekperov, is the actual owner of Bulgaria Mall and the two adjacent office towers in Sofia.

This has emerged from a publication of Bivol, the Bulgarian partner of the French Le Monde-led international investigation OpenLux.

The documents show that the Russian billionaire, his wife Larisa and his son Yusuf are owners of SQC Opportunity SCA SICAV RAIF, the Luxembourg-based fund that bought the property in 2018. Despite the requirements of the Measures against Money Laundering Act, the oligarch and his family are not listed as actual owners of the company that holds the assets - Bul. Bulgaria 69.

In short, Lukoil's biggest shareholder, whose wealth is assessed at nearly $25 billion, has anonymously bought Bulgarian real estate valued at about 100 million euro.

Bulgaria Mall and Infinity Tower changed ownership in September 2018, when they were acquired by the newly set-up Luxembourg-registered Bulgaria Boulevard Holding.

Owner of the holding is SQC Opportunity SCA SICAV RAIF, which is officially backed by Spanish investment group Squircle Capital. When the deal was announced, Capital Weekly hinted at the Spanish investors' connection with Vagit Alekperov.

That is now confirmed by the OpenLux documents, which show that the actual owners of SCQ Opportunity SCA SICAV RAIF are the Russian billionaire and his family through The Venice Trust. According to Bivol's information, that is most probably the trust behind the Spanish group. Squircle Capital has investments in the hospitality business, retail and real estate in in Europe; in 2019 it acquired the luxury marinas in Barcelona and France's La Ciotat.

The shopping center in Sofia was built as a joint venture of LS Property, the investment company of British citizen Miles Summerfield, and London-based investment fund Salamanca Capital. Direct investor in the project was Mercury, the company that was subject of the deal with Bulgaria Boulevard Holding.

In late October 2018, about a month after the ownership was changed, the entity was transferred into another newly set-up company, Bul. Bulgaria 69, which is solely owned by Bulgaria Boulevard Holding. Miles Summerfield, who headed the mall, quit its management in October 2018 but continued working on other property projects in Sofia.

When the deal on Bulgaria Mall and Infinity Tower was announced, the price was not disclosed. In October 2018 the entire enterprise of Bul. Bulgaria 69 was pledged in favor of Unicredit Bulbank and its Italian parent UniCredit Group as collateral for a 119.4 million-euro loan. The debt was inherited by Mercury, which had announced an investment of nearly 150 million euro in the development of the compex.

The documents published by Bivol reveal that in July 2018 Mercury's direct owner, Mercury Malta, Spain's Squircle Capital and UniCredit signed a debt restructuring agreement, slightly reducing the size of the debt. The agreement obliged the new owner to invest a further 19 million euro in the complex, including 5 million euro in improvements in the mall and 12.5 million euro in completion of the second office building (the so-called Tower B).

The remaining 1.5 million euro was envisaged as debt-restructuring costs payable to UniCredit. The total size of the debt at the time was 118 million euro, which the bank agreed to split into four tranches. As much as 62.5 million of the total amount was associated with Bulgaria Mall and Infinity Tower, with the bulk of it due upon maturity in five years. Another 10 million euro was associated with Tower B completion and also payable upon maturity. The bank sold 29.9 million euro of the remaining debt to newly established Bul. Bulgaria 69 for the token amount of 1 euro.

According to the agreement, the last 15.6 million euro would either be written off at maturity or sold by UniCredit to the company, again for 1 euro.

The president of Russian oil giant Lukoil, Vagit Alekperov, is the actual owner of Bulgaria Mall and the two adjacent office towers in Sofia.

This has emerged from a publication of Bivol, the Bulgarian partner of the French Le Monde-led international investigation OpenLux.