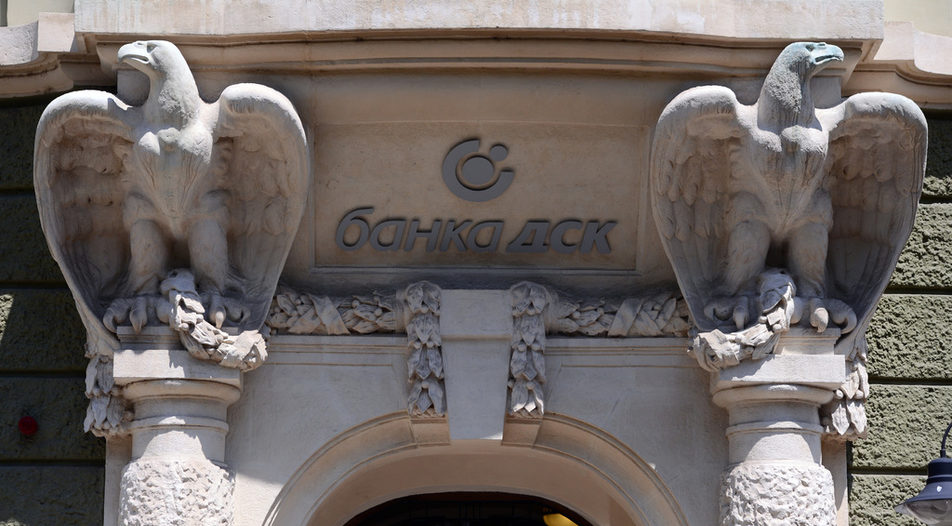 In the second quarter, banks’ profits plummeted due to higher provisions and declining interest and fee income

The coronavirus pandemic threw the global economy into chaos and banks were not left unscathed. The profit of the Bulgarian banking system fell to 515 million levs (263 million euro) in the first half of the year - a decrease of 44% or over 400 million levs compared to the same period of 2019. A look at the second-quarter result reveals an even more dramatic decline - profit went down by 64% year-on-year to 219 million levs.

So far, the data is still distorted and statistics show only part of the impact that the COVID-19 crisis will have on the sector. On the one hand, banks have more expenses in the first half of the year, such as making annual instalments into deposit guarantee funds and restructuring operations.

On the other hand, they have one-time income in the form of dividends from subsidiaries, which will be an unlikely source of revenue in the second half of the year and in 2021 as well. Also, the credit moratorium that the government introduced, allowing households and companies to postpone interest and principal payments on their loans by up to six months, has delayed the expected wave of bad loans until the end of the year.

Having so many unknowns makes it increasingly difficult to predict the final results of the banking system for 2020. In the coming months, fresh data will begin to clear up the uncertainty about the economic repercussions of the coronavirus and the development of the pandemic itself. The good news is that banks' balance sheets continue to show a solid surplus of capital and liquidity which allows them to absorb shocks. However, a longer-term squeeze on lending will be a challenge.

Bulgarian National Bank (BNB) data shows that profits are under pressure on all fronts. Net interest income for the first half of 2020 decreased by close to 75 million levs year-on-year (-5.4%), to around 1.3 billion levs. Net income from bank fees declined by 60.7 million levs (-11.2%) to 484 million levs.

Both indicators may have been influenced by accounting operations related to the acquisition of Societe Generale Expressbank by DSK Bank (the Bulgarian subsidiary of Hungarian group OTP), which was finalized in May. The merged bank reported 62 million levs less interest income in the second quarter compared to the combined sum of the two institutions as of June 2019, which is a decrease of over 20% on an annualized basis and a 40% drop compared to the first quarter of this year. Such fluctuations are not surprising in mergers but the effects of those transactions are usually one-off and won't distort the results of the banking system in the coming months.

Even if the effects of the acquisition of Expressbank by DSK are left aside, the trend was not isolated - about half of the banks in the country reported a decrease in net interest income, though much more moderate. At the same time, it should be noted that accounting rules dictate that banks continue to accrue income on all loans - even those under a moratorium, which means that they may have not received any real cash flow but their balance sheet will say that they have. At the end of the credit moratorium, if clients are unable to make their instalments under the new repayment plans, the banks may report a sizeable loss.

However, the most significant contribution to the decline in profits in the first half of the year came from rising impairment expenses. The sum increased by 106% on a quarterly comparison basis as at end-June, to 379 million levs. However, given the short time that had passed since the beginning of the coronavirus crisis and the introduction of the credit moratorium, the increase likely does not mean that individuals and companies had stopped making contributions. Rather, these provisions were due to the worsening macroeconomic outlook that banks set in their assumptions and, consequently, the higher probability of default.

This is evidenced by the lack of a surge in bad loans. The sum increased from the lowest point in over a decade - a little over 6 billion levs at the end of March 2020 to 6.017 billion in June. Bad loans' share in total credit edged up from 8.0 in the first quarter to 8.11% in the second quarter.

The only boost to bank profits in the second quarter came from the continuing contraction of administrative costs, which decreased by over 20 million levs on an annualized basis and fell below 400 million levs for the first time since 2017. However, this was not enough to compensate for the other negative factors squeezing profits in the second quarter.

The breakdown of the 515 million levs profit in the first half of the year shows that 296 million were generated in the first three months of 2020 and 219 million in the second quarter. Both numbers were boosted by revenue from dividend payments. By March, the main increase was coming from DSK Bank's profit, which reached a record high of 108.8 million levs thanks to unusually high revenue of 70 million levs from dividends. The sum came mainly from the subsidiary Pension Insurance Company DSK-Rodina.

So far, statistics show only part of the impact that the COVID-19 crisis will have on the banking sector

Even taking into consideration all of these circumstances, the decline in profits in the second quarter compared to the same period of 2019 was significant. Out of 23 banks and branches on the market, nine reported losses for the quarter, though they are mostly smaller banks and the amounts are not large. For the same period in 2019, only three banks reported losses, and for the first quarter of 2020, only two did. The only institution among the top 5 banks in the country that posted a negative result for April-June was DSK Bank (-5.2 million levs), which was probably due to the Societe Generale Expressbank merger.

However, the declines were significant even among the banks which posted profits.

The big factor squeezing banks' profit margins is the decrease in credit activity. For the past two years, growth in loan portfolios has helped boost profits despite record-low interest rates. By the end of June, corporate loans were down by 410 million levs compared to March, with the drop driven by a decline at DSK, UniCredit Bulbank and Raiffeisenbank.

The retail market is still growing, propelled by mortgage loans which rose by 245 million levs, while consumer loans fell by 52 million levs. In general, consumer loans are the riskiest for banks during a crisis, as most of them are unsecured. Here, the data clearly outlines the different risk appetite of bankers - Postbank and UBB reported large increases in their loan portfolios in both segments. However, the data is also influenced by the government's anti-crisis measures - the interest-free loans guaranteed by the Bulgarian Development Bank (BDB) for people on unpaid leave closed in on 50 million levs by the end of June.

The good news for banks is that not only is there no outflow in deposits, but there is not even a slowdown in growth. Corporate and household loans grew compared to the previous quarter and on an annualized basis. This increase keeps liquidity in the system high. At the same time, in the absence of new lending, the higher level of deposits further erodes the profitability of banks, as their excess reserves in the Bulgarian National Bank are taxed at -0.7%.

The central bank's data confirms that following the acquisition DSK Bank is the new Number 1 in terms of assets in the country. However, a fight for market leadership will be hotly contested, as with its 21.95 billion levs in assets DSK has a very small lead on UniCredit Bulbank and its 21.88 billion levs. Given the economic crisis, the dynamics in the market may be even more pronounced in the coming months, so the two local giants with about 19% market share each may switch positions again.
The only boost to bank profits in the second quarter came from the continuing contraction of administrative costs

The coronavirus pandemic threw the global economy into chaos and banks were not left unscathed. The profit of the Bulgarian banking system fell to 515 million levs (263 million euro) in the first half of the year - a decrease of 44% or over 400 million levs compared to the same period of 2019. A look at the second-quarter result reveals an even more dramatic decline - profit went down by 64% year-on-year to 219 million levs.