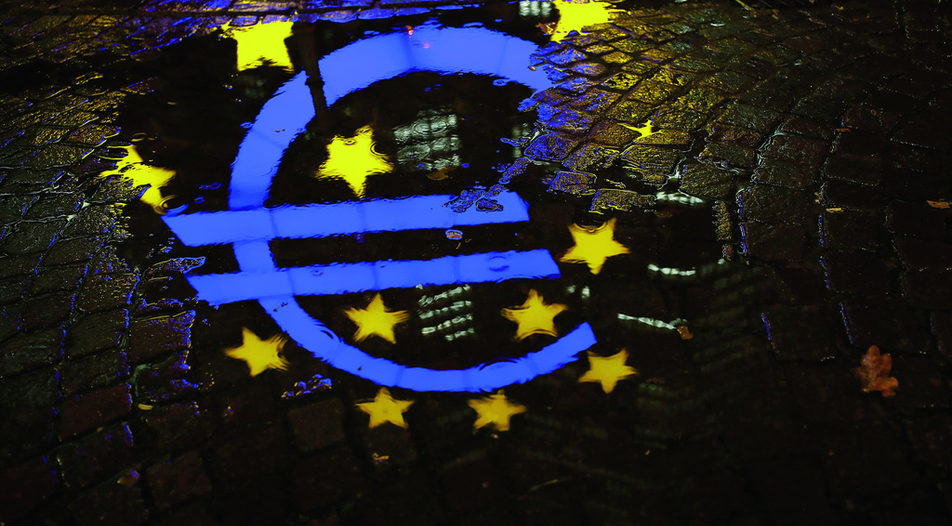 The country will continue implementing reforms in the judiciary and in the fight against organized crime and corruption, according to the ECB

After two years of back and forth, on 10 July Bulgaria, along with Croatia, joined the Exchange Rate Mechanism (ERM II) - the training grounds for Eurozone membership and the EU's Banking Union. According to the ECB's press release, Bulgaria will continue implementing extensive reforms in the judiciary and in the fight against corruption and organized crime during the (possibly) lengthy ERM II process.

According to the procedure, when a currency is included in ERM II a central exchange rate between the euro and the respective currency is agreed. The currency is then allowed to fluctuate by up to 15% above or below this central rate. However, taking into account Bulgaria's long-standing currency board, the country made a unilateral commitment to join EMR II with its existing fixed-rate arrangement, thus placing no additional obligations on the ECB.

Also, starting from 1 October 2020, the European Central Bank will be in charge of the direct supervision of Bulgarian "significant" and "less significant" institutions. The ECB will carry out an assessment to determine which banks fulfil the classification criteria. Certainly, this would include the top three banks in the country in terms of assets - UniCredit Bulbank, part of Italy's UniCredit Group, DSK Bank of Hungary's OTP Group and United Bulgarian Bank owned by Belgium's KBC.

Successful participation in ERM II for at least two years is considered a confirmation of a country's stability. However, it would be optimistic to say that Bulgaria could start using the euro by 2023. For example, Lithuania stayed in ERM II for a little over a decade. Also, in order to move forward, Bulgaria must fulfil the Maastricht criteria - low inflation, budget deficit below 3% of GDP, a debt-to-GDP ratio below 60%, low-interest rates. "The inflation criteria could prove trickier than one might think. We anticipate that the future unit labour costs growth will pose constant upward pressure on inflation for many years to come, in particular in the services area," said ING analysts Valentin Tataru and Trieu Pham in a special report on Bulgaria and Croatia.

Fabio Panetta: Member of the Executive Board of the ECB

The prior commitments taken by Bulgaria and Croatia in recent years spurred important reforms that will mitigate risks under ERM II. However, these reforms will not fix all the imbalances and vulnerabilities that the two countries are facing

The road so far

At the beginning of this year, the outlook on Bulgaria's bid to join the Eurozone didn't seem very promising. The government met the technical requirements for joining the Banking Union and ERM II and was close to clearing the final hurdle - the recapitalization of two banks. First Investment Bank (Fibank) and Investbank were found to have significant capital shortfalls during last year's comprehensive assessment of the country's banking system conducted by the ECB.

However, growing speculation and public anxiety about the stability of Bulgaria's currency board system made Prime Minister Boyko Borissov take a surprising U-turn in February by saying that Bulgaria won't force its entry into ERM II if there is no 'absolute consensus' in society. Several weeks later, the coronavirus outbreak brought Europe to its knees.

By April, it became clear that the European Central Bank plans to help boost the economies of the Eurozone and those in ERM II in need of finance. This brought the Bulgarian government's attention back to the topic. "This crisis has shown us that countries in the euro area and its waiting room will have billions of euro in recovery funds.

Those who are outside the Eurozone will raise debt at huge interest rates," Borissov explained to journalists. He was confident that "not only will we be accepted, but we will be allowed swap lines afterwards" and Bulgaria will hook up to the EU's main money supply line. "We have only one condition to fulfil and we will fulfil it immediately. We are working on it," said Borissov. The last commitment to be met was the recapitalization of Fibank after Investbank covered its capital shortfall of over 50 million euro with a combination of 2019 profit, conversion of subordinated debt into capital and a capital increase.

Timeline of Bulgaria's road to the euro

"I believe that the timeframe of one year for joining ERM II and the Banking Union is realistic," says European Commission Vice-President for the Euro and Social Dialogue Valdis Dombrovskis.

"We have not given up. All I want is a national consensus so that people can be sure that what we are doing is good," says Prime Minister Boyko Borissov.

Borisov gives his third briefing of the day, after 2 briefings devoted to street protests against the government. "Many thanks to the President of the European Central Bank (ECB), Christine Lagarde, for what she has done for us. At the same time, it pains me we are not with our president on that date. There are people outside, supporting me and [president] Radev, and instead of counting how many of them there are, they should hug and rejoice, but with masks ".

After two years of back and forth, on 10 July Bulgaria, along with Croatia, joined the Exchange Rate Mechanism (ERM II) - the training grounds for Eurozone membership and the EU's Banking Union. According to the ECB's press release, Bulgaria will continue implementing extensive reforms in the judiciary and in the fight against corruption and organized crime during the (possibly) lengthy ERM II process.