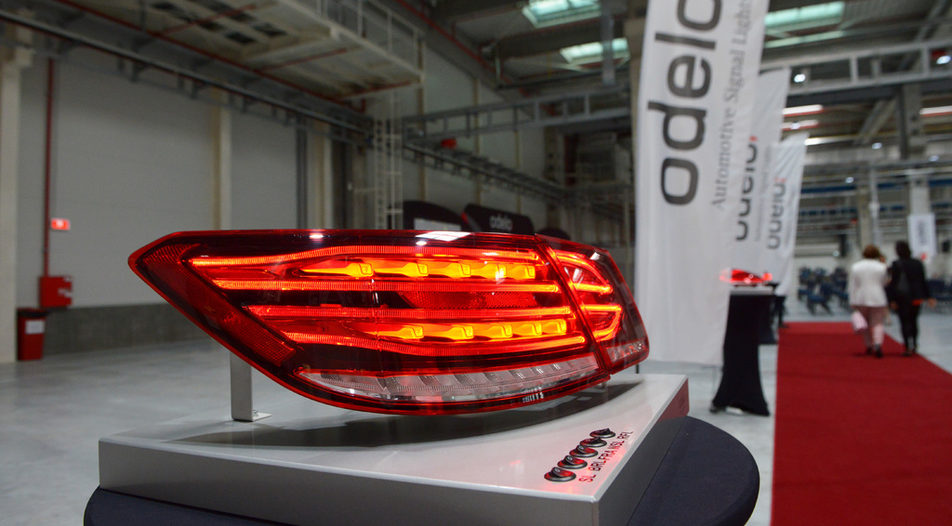 Bulgaria gliding on the waves of the economic cycle

Bulgaria gliding on the waves of the economic cycle

The local economy continues to move in sync with European trends, while opportunities for reforms slowly dwindle

Uncertainty is no longer a surprise but rather the normality for the global economy. Last year, none of the significant geopolitical headaches were resolved and they were left hanging in 2020 - Brexit, trade disputes, and now Iran. These issues, individually and cumulatively, are capable of derailing macroeconomic projections, which are otherwise pretty much in concurrence. Namely, the likelihood of an economic crisis is minimal, but reduced global growth will be the new reality in the coming years.

According to economic outlooks unveiled by various institutions, accelerated growth is to be expected in some developing countries this year, but Bulgaria will not be among them. Realistically, the outlook for Bulgaria is set at 3% growth, to be driven by record-low unemployment, rising wages and government spending on upcoming major infrastructure projects such as highways.

However, many of Bulgaria's significant issues accumulating over the past decade will probably remain unaddressed in 2020. Demographic trends clearly outline the future of the Bulgarian labour market: the number of workers is in decline and qualified personnel will become more and more expensive and difficult to retain. Meaningful reforms in a number of sectors such as the judicial system, health care and education also remain in the background as an abstract idea embedded in government strategies for some time in the future. The prospects for structural changes are also weighed down by the regular parliamentary elections due in 2021.

And while Bulgaria is gliding on the wave of the current economic cycle, the world is slowly but steadily moving to new priorities like digitalization, green and circular economies. The economic upturn is coming to an end. And as the window of opportunity for making structural changes slowly closes, Bulgaria risks remaining in an endless game of catch-up with advanced economies in both Europe and the world in general.

Not exactly a crisis

Weaknesses in international trade and industrial production continue to weigh down on global growth. This does not imply an impending recession. Moreover, the IMF expects the global economic growth rate to rise slightly from 3% in 2019 to 3.4% in 2020. But that's not a cause for celebration. Acceleration is driven by developing countries, whereas rich countries are slowing down, which in the long run is unlikely to be sustainable.

None of the major international and local institutions expects Bulgaria to be among that reporting acceleration. One of the most positive outlooks comes from the Ministry of Finance, which is betting on a slowdown in economic growth from 3.4% in 2019 to 3.3% this year. The IMF predicts 3.2%, the European Commission and the World Bank - 3%. There are variations, but even an optimistic 3.5% growth will not be enough to accelerate Bulgaria's convergence with other EU countries, according to James Jolovski, Doctor of Economics.

Similarly to the past several years, economic growth in Bulgaria will depend on consumption and investment in 2020. Household budgets are growing on the back of record-low unemployment and rising wages. On the other hand, Latchezar Bogdanov, chief economist at Sofia-based Institute for Market Economics points to construction, where, he maintains, the activity will be rising (see the sidebar with his opinion).

The government is also coming to the rescue with a 10% increase in the salaries of public sector employees and a 6.7% increase in pensions. In addition, government expenditure for investment will be turning to the local economy this year, unlike in 2019, when billions were directed to foreign suppliers for the purchase of fighter jets.

"A number of investment projects are entering their implementation phases, such as the gas pipelines to Greece and Serbia, parts of the Hemus, Struma and Europe highways," says economist Georgi Angelov of Sofia-based Open Society Institute. Moreover, Bogdanov notes, the absorption of EU funds usually accelerates in the last three years of the programming periods.

One of the biggest unknowns this year is whether Bulgaria will finally receive the long-awaited approval for membership of the European exchange-rate mechanism (ERM II) and the European Banking Union. The answer is set for April, according to Finance Minister Vladislav Goranov. A "yes" from the ECB, the countries of the euro area and Denmark would send a clear positive signal about Bulgaria's prospects to foreign investors and rating agencies. It would also bring more pressure from the EU for structural reform.

However, the positives of such an event have already been factored into expectations. Accordingly, a possible "no" or a new delay would have a much stronger negative effect. Currently, that seems unlikely, as the last formal obstacle - increasing the capital of Fibank and Investbank to meet ECB requirements, is being tackled, albeit behind the scenes.

External risks are not what they once were

Last year's major external issues are still in focus in 2020: the possible negative economic consequences of a hard Brexit for both Europe and the UK, and international trade tensions.

"The US and China are moving toward some kind of initial understanding, but this may not be good news if it puts Europe at the centre of US trade policy. Duties on imports of European cars, for example, would have a severe negative effect on the German economy, which is already on the brink of recession," says Georgi Angelov. According to Mr Bogdanov, the risk in this regard is related to the change in the "rules of the game" in global trade in the face of severe restrictions and disturbances in international relations not envisioned in the past 30 years.

However, the results from the Bulgarian Industrial Association's most recent annual business survey show that these issues are not significant to Bulgarian businesses. Considering that the Brexit referendum took place in 2016, the UK leaving the EU can hardly be a shock and everyone has had enough time to adapt. The 800 executives who took part in the survey are far more worried about European policies: 36% of them expect business indicators to worsen because of possible new regulations and restrictions associated with the increasing number of "green" members of the European Parliament.

However, the state of the European industrial sector is important for Bulgarian export-oriented industries. "Undoubtedly, stagnation in European industry will shrink demand for the products of many Bulgarian engineering companies," says Bogdanov. However, such a situation can be avoided by investing in capacity expansion of existing plants in Bulgaria to higher value-added products, i.e. relocation of the industrial base of western European manufacturers to Eastern Europe.

From that perspective, another year of record-low interest rates is good news for lending to the private sector. However, resistance is growing towards the policies of big central banks and questions arise regarding their diminishing efficiency and long-term effects. For example, Mr Yolovski warns of declining returns of pension funds that invest in more conservative instruments.

In macroeconomic terms, Bulgaria looks good and could potentially withstand an economic shock, but the country still has many structural problems - inefficient and unsustainable social systems, a deep-rooted feeling of injustice and corruption and, consequently, the lowest incomes and the worst demographic outlook in Europe. The last years before the economic cycle turns downward are also the final chance to set longer-term goals and take more decisive steps in order to achieve them.

Undoubtedly, the possible entry of Bulgaria into ERM II and the European Banking Union would have a positive impact on the Bulgarian economy, even though the benefits have already been partly absorbed in advance. The fulfilment of the conditions set by the euro area finance ministers, in addition to the asset quality review of local banks, in themselves has

a positive effect on the business environment in Bulgaria.

However, Bulgaria's accession to ERM II would also involve additional commitments for structural reforms and would create opportunities for access to funding to finance the reforms.

These factors would be strong incentives for implementing structural changes, which would improve the Bulgarian economy's potential. Moreover, entry into ERM II and the Banking Union would be a strong positive signal to foreign investors and would improve the country's credit rating.

The real increase in construction is just beginning

The obvious short-term drivers of economic growth in Bulgaria are domestic consumption and public expenditure on infrastructure. However, in my opinion, there are two more engines that are underrated. In the short term, because of the sharp increase in property prices in the last three years and the relative settling in recent months, a misperception has been created that the effect from the housing boom has already been recorded in the economic data. Actually, the real increase in construction activity is just beginning and in 2020 and 2021 we will probably see a serious contribution of construction to the value-added in the economy.

The second factor is more important - contrary to gloomy expectations, new investment in export-oriented industries can be increased. Bulgaria can take advantage of its long-term trump cards - being part of the common European market and the low costs for business. If that happens, it would be in high-productivity sectors precisely because of the record-low unemployment rate and rising wages. This would be the transformation of the structure of the Bulgarian economy which we have been increasingly talking about in recent years - towards increased use of knowledge, technologies and capital.

There is a risk to public finance in Bulgaria as a result of the systematic failure to meet the target amount of capital expenditures set in the national budget against the backdrop of raising and exceeding the targets for current expenses. This trend significantly reduces the ability of the government to manoeuvre in the event of adverse economic developments.

The government is optimistic about Bulgaria's accession to ERM II by the end of April. However, there is a lack of information on this issue. The results from the ECB's stress test and asset quality review were declared as positive. At the same time, the results obviously proved to be an unexpected obstacle to Bulgaria's accession to ERM II. The efforts of one of the two troubled banks to increase their capital raise some doubts, considering that their shares are issued at a value well above the market price. In any case, a delay in the response to Bulgaria's candidacy to join ERM II and the Banking Union after the end of April would give a negative signal to the economy, which would lose part of the confidence gained from the increase in Bulgaria's credit rating.
The growing sector of auto parts manufacturers could be seriously hit by the ongoing economic slowdown

Uncertainty is no longer a surprise but rather the normality for the global economy. Last year, none of the significant geopolitical headaches were resolved and they were left hanging in 2020 - Brexit, trade disputes, and now Iran. These issues, individually and cumulatively, are capable of derailing macroeconomic projections, which are otherwise pretty much in concurrence. Namely, the likelihood of an economic crisis is minimal, but reduced global growth will be the new reality in the coming years.