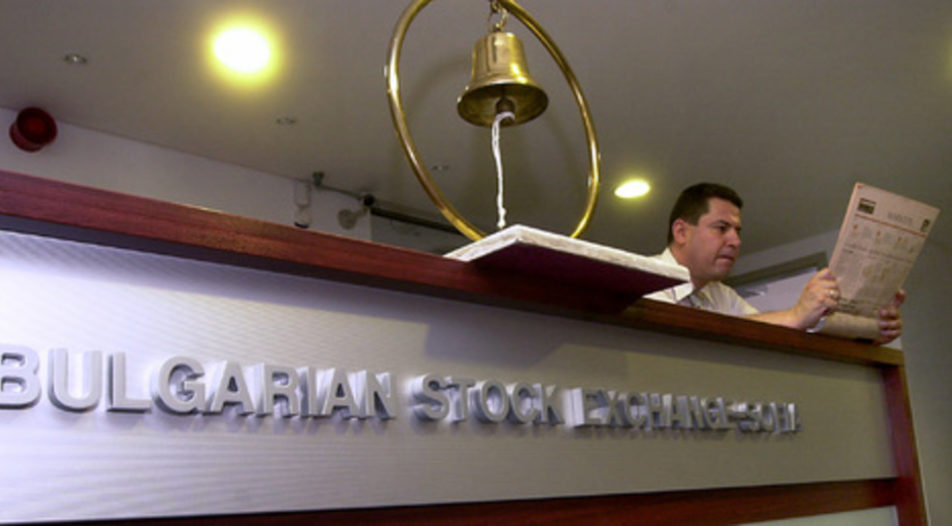 The SOFIX index, which tracks the fifteen biggest and most traded companies on the Bulgarian Stock Exchange (BSE), closed the month of May with a gain of 1.29%, after ending each of the first four months of 2019 with a slight decrease.

However, the SOFIX was still 2.02% lower at the end of May compared to the start of the year, despite the positive effect of rebalancing in May which saw three new entrants to the index base: diversified groups Doverie United Holding and Industrial Holding Bulgaria, and poultry producer Gradus. At the end of May, Doverie United Holding was the top gainer among the SOFIX members.

In a market that has been in a correction since the start of 2018 investors turned their eyes towards the relative safety and expected dividends of real estate investment trusts (REITs), which are obliged to distribute at least 90% of their annual profits to shareholders.

The BGREIT index which tracks seven BSE-listed REITs ranked in terms of free float market capitalization and the number of deals with the issues, continued to outperform the benchmark SOFIX index, setting several all-time highs along the way.

Unlike the SOFIX, the BGREIT marked 2018 with an increase and closed the year at an all-time high of 121.07 points. The BGREIT continued its slow and steady rise in the first five months of 2019, adding 0.22% and surpassing its all-time high on four occasions.

The top performer among the BGREIT members in the first five months of the year was Super Borovetz Property Fund REIT, which gained 4.55%.

The software company went public in 2015 and two years later became a SOFIX member. However, the company has been struggling to keep up with expectations.

In the aftermath of its IPO, Sirma Group Holding projected a surge in its annual revenue to $100 million (172 million levs) in the next five to seven years. Subsequently, in early 2018 the company set its sight on reaching revenue of 120 million euro (235 million levs) in 2022, or a compound annual growth rate of 35%.

However, Sirma only achieved a rise of 13.6% in its consolidated revenue in 2018, to 59.6 million levs, disappointing investors.

A further factor was the company's failed attempt to attract cash via a capital increase. Sirma Group Holding launched the procedure in December 2018 and subsequently extended the subscription deadline by 25 days to February 15.

The company was seeking to raise up to 39.57 million levs by offering the same number of shares, each at a price of 1 lev, equal to its nominal value.

However, the number of subscribed shares failed to cross the minimum success threshold of 19,786,839 units, which added further momentum to the downward trajectory of the company's share price.

Along with its annual financial statement, Stara Planina Hold announced its expectations of a 1.2% decrease in its consolidated revenue in 2019, including a 3.1% drop in the second quarter of the year which is typically the group's strongest.

The group also expressed concerns about rising electricity prices in the country, as well as burgeoning trade tensions globally.

Both the rally and the drop mimicked the share price movement of one of its major units, Central Cooperative Bank (CCB). The bank's share price was shaken amid news in November 2018 that the European Central Bank will undertake a comprehensive assessment of six banks in Bulgaria, including CCB, as part of the process of establishing close cooperation on supervision with the country's central bank.

CCB shares initially dropped, but then regained ground in late November and in December, before plunging again in January.

However, CCB shares subsequently posted a double-digit rise, while Chimimport shares erased only a small portion of their early January losses.

The group's share price was supported by a string of positive news both in terms of financial performance and on the M&A front. In March, Doverie United Holding's subsidiary, Doverie-Invest completed the acquisition of 63.8865% interest in one of the major Moldovan lenders, Moldindconbank (MICB). Doverie-Invest acquired the stake in a public tender with a starting price of 76.6 million levs.
Subsequently, Doverie-Invest received approval and published a buyout bid for the remaining 1,770,906 shares in MICB.

The acquisition was garnished with a return to profitability for Doverie United Holding.

In addition to its first-quarter report, the company published a forecast for its key financials, predicting stable revenue levels and small profits in each of the years in the 2019-2023 period.

Much like Doverie United Holding, Eurohold's share price was backed by a string of M&A-related news, as well as an upbeat first-quarter financial report. In late May, Czech power utility CEZ announced that it had received binding offers for its assets in Bulgaria from India Power and Eurohold Bulgaria after its deal with Inercom Bulgaria for their sale fell through. Eurohold Bulgaria was granted exclusivity in the talks with CEZ in April.
CEZ's assets in Bulgaria comprise power utility CEZ Distribution Bulgaria, power supplier CEZ Electro Bulgaria, licensed electricity trader CEZ Trade Bulgaria, IT services company CEZ ICT Bulgaria, solar park Free Energy Project Oreshetz, biomass-fired power plant Bara Group and CEZ Bulgaria. In addition, Eurohold's main insurance unit - Euroins Insurance Group (EIG), in March agreed to acquire four units of Germany's ERGO based in three European countries - Romania, Belarus and the Czech Republic. Eurohold turned to a consolidated net profit after minority interest of 4.5 million levs in the first quarter, compared to a net loss of 243,000 levs a year earlier, following a rise in revenue.

The company also announced plans to seek fresh funding of up to 154 million levs through the issuance of preferred shares. The financial regulator has not yet approved the capital increase prospectus.

The lender's share price has been on a constant rollercoaster ever since the ECB announced in November 2018 that CCB will be one of the six lenders checked by the authority as part of the process of establishing close cooperation on supervision with the Bulgarian National Bank. CCB shares started the year at 1.41 levs but quickly plunged to a 14-month low of 1.245 in mid-January.
However, on June 16 CCB announced it will convert part of its 36 million euro bond issue. Subsequently, CCB hiked its capital by 14 million levs to 127.1 million levs, by converting 23,009 of its bonds.

In response, CCB shares spiked to 1.73 levs at the end of February. Over the next three months, the company's share price fell 8.67% to 1.58 levs at the end of May, but CCB still remained among the top blue-chip gainers on the stock exchange in Sofia.

The biggest initial public offering in the pipeline at the end of May was that of local company Green Town Projects. The company's IPO also seems closest to happening, after the Financial Supervision Commission approved the company's prospectus in April.
Green Town Projects intends to offer 8 million newly issued shares at a price of 1 lev each and will consider the IPO successful if it places at least 4 million shares. The company is planning to use the proceeds to form an investment portfolio consisting of flats and residential complexes, stakes in real estate investment companies and companies offering real estate-related services, as well as stakes in companies outside the real estate sector. Another IPO hopeful - security solutions developer Biodit, received in April a 50,000 levs voucher from the country's SME promotion agency, which will cover the expenses related to the company's forthcoming IPO.
Biodit is planning to offer for subscription 2.2 million shares of 1 lev in par value each in the price range of 1.0-1.1 levs. The IPO will be considered successful if at least 1 million shares are subscribed for and paid for.

In addition, Bulgarian ethanol producer Almagest announced plans in May to go public by offering preference shares. No further details were disclosed by the end of that month.

The SOFIX index, which tracks the fifteen biggest and most traded companies on the Bulgarian Stock Exchange (BSE), closed the month of May with a gain of 1.29%, after ending each of the first four months of 2019 with a slight decrease.

However, the SOFIX was still 2.02% lower at the end of May compared to the start of the year, despite the positive effect of rebalancing in May which saw three new entrants to the index base: diversified groups Doverie United Holding and Industrial Holding Bulgaria, and poultry producer Gradus. At the end of May, Doverie United Holding was the top gainer among the SOFIX members.