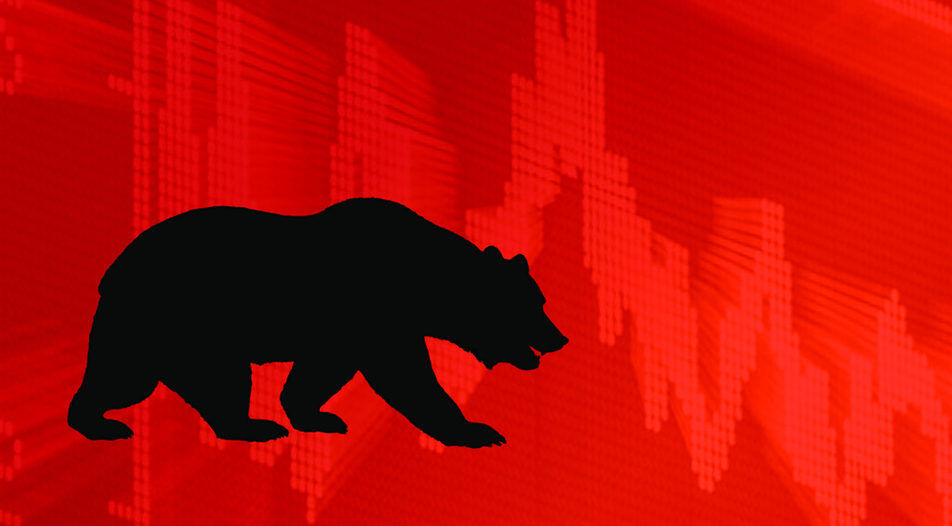 The Bulgarian Stock Exchange's blue-chip SOFIX index lost 1.53% in the first two months of 2019, after shedding 12.25% last year. Banking-sector members of the benchmark index rebounded after a rough end to 2018, but their gains were not enough to lead the SOFIX into green territory.

The major factor affecting stock prices in the review period was the companies' financial statements. BSE-listed companies had to report non-consolidated financial results by the end of January.

Albena's shares continued their decline, which started roughly one year ago, dropping 17.03% in the first two months of the year. Since the start of 2018, the resort operator's shares have lost over 40% of their value, sinking to a six-year low of 38 levs at the end of February. At the end of January, the company reported that its 2018 non-consolidated net profit fell by 40% year-on-year to 10.8 million levs. The decrease was mainly due to higher depreciation and amortisation costs, as well as a rise in expenses for salaries and hired services.

Despite recording a 22.4% drop in its share price overall in 2018, Monbat posted a gain of 3.3% in the fourth quarter alone. However, the battery maker started January on the wrong foot, after announcing on December 27 that its consolidated profit before taxes fell by an annual 68.9% to 7.3 million levs in the January-November period of 2018.

On January 30, the company published a largely positive non-consolidated report, which showed that its individual net profit doubled to 12.7 million levs in 2018, on the back of a 2% rise in revenue. This helped stabilize Monbat's share price until February 20, when the stock lost 6.45% in a single session.

The February 20 drop coincided with a statement by the company that it is looking into the possibility of investing in a 2.4GWh plant in the city of Vratsa, which will specialise in the production of bipolar batteries. According to media reports, the investment will be in the vicinity of 40 million levs.

Construction company Trace Group Hold joined the blue-chip losers' club for the January-February period, after suffering a heavy bruising in the second half of February.

Trace Group Hold's share price went through a roller coaster ride in February, as the company started the month on a high note, after posting a solid 2018 non-consolidated financial report. The company's individual net profit soared 45% to 7.7 million levs, backed by a 14% increase in revenue.

The robust financial results were garnished by the announcement of Bulgarian state-owned National Railway Infrastructure Company (NRIC) that a consortium including a wholly-owned unit of Trace Group Hold was ranked first with a 283.8 million levs offer in a tender for the construction of an 11-km long railway section. The consortium, comprising China Communications Construction Company and Trace-Sofia, won Lot 3 of the tender for building the Kostenets-Elin Pelin railway link.

The drop in Trace Group Hold's share price coincided with a complaint filed with the Commission for Protection of Competition against NRIC's decision to rank the offer of the consortium first. The complaint was submitted by a tie-up comprising Bulgaria's GP Group and units of Austria's Strabag on February 15. The regulator opened proceedings on the complaint on February 20.

In the January-February period, Central Cooperative Bank's (CCB) shares rebounded after a bumpy end to 2018.

On November 12, the European Central Bank said that it will undertake a comprehensive assessment of six banks in Bulgaria, including CCB, as part of the process of establishing close cooperation on supervision with the country's central bank. CCB's shares lost 9.6% of their value between November 12 and the end of 2018.

In response, on December 27 CCB shareholders approved measures paving the way for converting part of the bank's 36 million euro bond issue into shares, which allowed the company to boost its capital adequacy.

Subsequently, CCB hiked its capital by 14 million levs to 127.1 million levs by converting 23,009 of its bonds. Before the conversion, the lender's bond issue consisted of 36,000 bonds of 1,000 euro in par value each.

Like CCB, First Investment Bank (Fibank) was also subject to a check from the ECB. The lender's share price slipped 6.4% from November 12 until the end of 2018.

Fibank's shares were not off to a flying start of 2019 but at the end of January, the company announced that it boosted its 2018 non-consolidated net profit by 83% to 156.6 million levs on the back of a sizable increase in revenue from asset sales.

Along with its financial results, the bank issued a statement saying that it has leased out a "significant part" of the site of bankrupt steel mill Kremikovtsi to a unit of Austria's Soravia Group, without disclosing the financial terms of the deal.

The shares of drugmaker Sopharma ended February with a year-to-date gain of 3.41%, after a series of ups and downs in their price prompted by financial disclosures and M&A announcements.

On January 11, the company revealed that its sales revenue grew by an annual 26% in December, only to announce at the end of January that its full-year non-consolidated result showed a 26.6% drop in net profit and a 3.1% decline in revenue. Subsequently, on February 5, Sopharma reported a 1% year-on-year increase in January sales.

In terms of M&A, on January 17 the company's unit Sopharma Trading said that it has acquired the remaining minority stake it its Serbian subsidiary Lekovit, becoming its sole owner.

The new market aims to alleviate the administrative burden for small and medium-sized enterprises wishing to list on the BSE. Companies listed on the segment will have to meet less stringent requirements regarding information disclosure.

Companies aiming to raise up to 1 million euro will be able to do so without a prospectus. For an IPO targeting a sum above 1 million euro, the prospectus will be simplified in terms of form and contents compared to a traditional IPO prospectus.

Subsequently, local Aval In Investment Intermediary was appointed as a consultant on the BEAM market and will advise SMEs on their efforts to become publicly-traded companies.

Several companies took steps forward on their plans to carry out IPOs on the Sofia exchange.

Local hospital group Hygia seemed closest to going public, after its IPO prospectus was approved by the Financial Supervision Commission at the end of December. However, the IPO plan seems to have been suspended for the time being, as its majority owner and CEO Stayko Spiridonov sadly passed away on January 24. Since February 1, Hygia has been managed by Spiridonov's daughter Tsvetelina Spiridonova but no comments on the IPO have been made.

Biometric identification security solutions developer Biodit seems firmly committed to its plan to go public, as the company received approval from its shareholders on January 24 for a major part of the IPO details.

Biodit intends to offer for subscription 2.2 million shares of 1 lev in par value each at a price in the 1.0-1.1 levs range. The IPO will be considered successful if at least 1 million shares are subscribed for and paid for.

Another company which moved ahead with its plan to go public is real estate developer Green Town Projects, which is currently wholly owned by private investor Shtilyan Stoyanov. The company is planning to offer 8 million newly issued shares with a nominal value of 1 lev each at a price of at least 1 lev apiece. The IPO will be considered successful if at least 4 million shares are subscribed for and paid for.

The BSE announced that it will migrate to the Deutsche Boerse's Xetra T7 trading platform on June 24.

In November, the BSE signed a seven-year deal with the Deutsche Boerse for the right to use the Xetra T7 platform in order to facilitate trading on its regulated market and the Multilateral Trading Facility (MTF).

Xetra T7 was selected due to its low operating costs and minor functional differences compared to the platform which the BSE uses currently - Xetra Classic.

Alongside the migration, the BSE will shut down its Client Order-Book Online System (COBOS). According to the exchange operator, COBOS has already served its purpose and is no longer necessary, as local investment intermediaries have developed their own platforms.

The Bulgarian Stock Exchange's blue-chip SOFIX index lost 1.53% in the first two months of 2019, after shedding 12.25% last year. Banking-sector members of the benchmark index rebounded after a rough end to 2018, but their gains were not enough to lead the SOFIX into green territory.

The major factor affecting stock prices in the review period was the companies' financial statements. BSE-listed companies had to report non-consolidated financial results by the end of January.