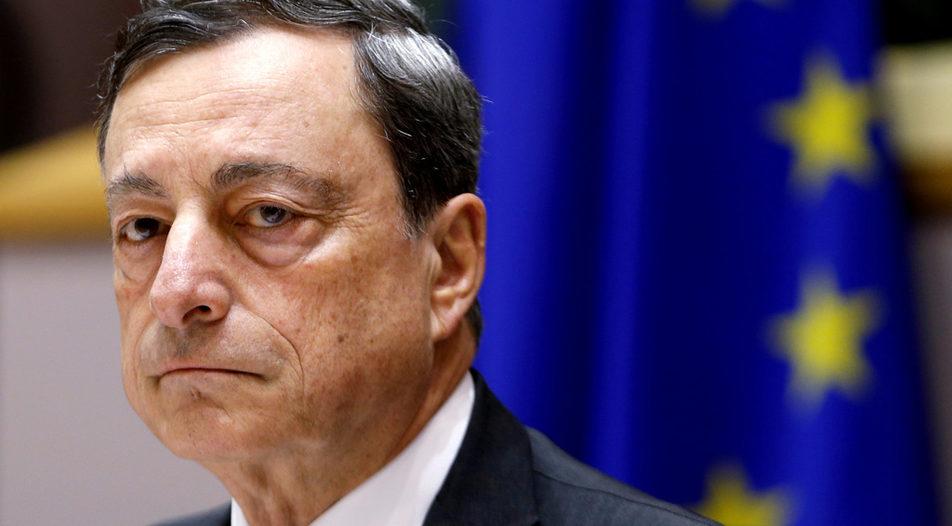 Three years after the last comprehensive assessment of the financial sector conducted by the Bulgarian National Bank (BNB), six lenders will be probed once more.

The exercise, which includes an asset quality review and a stress test, follows Bulgaria's request of 18 July 2018 to establish close cooperation on banking supervision with the ECB as part of its bid to join the EU's Banking Union. It is also an important step towards adopting the euro.

By July 2019 all clients will have a fresh perspective on their banks as the assessment will shed light not only on the most significant institutions but also on those suspected of hiding skeletons in their closets. More importantly, if all goes according to plan, five years after the collapse of its fourth-largest lender - Corporate Commercial Bank (CCB), Bulgaria will have a transparent, quality banking sector which will finally dispel suspicions that wrongdoing at CCB was widespread. With that, along with Bulgaria's potential entry into the Banking Union and ERM II (the preparatory system for adopting the euro), the risk of having to allocate public resources to the Bulgarian banking sector will be much lower.

This test will be different

Technically, the new exercise will not differ significantly from the BNB's in 2016. Both involve an asset quality review (AQR), which is a more in-depth look at the current state of the sector, and a stress test, which shows how banks would react to a realistic or apocalyptic turn of events.

That said, the two assessments take place in a fundamentally different environment.

First, because of the motivation of the verifier. In 2016, two years after Bulgaria's biggest bank bankruptcy since the 1997 crisis and with bank panic barely kept in check, it was extremely risky for the BNB to bare all the sector's problems because that could lead to new shocks. Moreover, finding gaping capital holes in banks could have been seen as pulling back the reins, but inevitably would have triggered people to ask why the BNB had allowed those holes to widen.

The ECB, however, will face no such risk to its reputation. Quite the opposite - the incentive is to bring everything to light before supervision shifts to Frankfurt. In that way, the ECB will minimize the risk of having to subsequently dispose of ticking time bombs and give explanations as to why it had not noticed them. Тhe ECB will put the three biggest banks under its direct supervision after the assessment but not necessarily all the other three if it finds no need to put them through restructuring. However, the ECB will suffer a hit on its reputation if banks deemed fit to turn out to have risks post-assessment.

Second, the identity of those doing on-site inspections will make a big difference. In 2016, the auditors and consultants were chosen, and paid for their services, by the banks themselves from a list of names deemed eligible by the BNB - a procedure which inevitably has potential for conflict of interest. Now, each consultant will be appointed by the ECB, which will also pay for their services.

The review's methodology will also be of great importance. In 2016, the BNB along with consultant Deloitte Bulgaria used the ECB guidebook as a reference but modified it according to local conditions. Capital newspaper has learned that substantial changes to the methodology were made even during the course of the review, which could have mitigated the end result. Now, the ECB has advised that it will strictly follow the guidebook with no adaptations to avoid violation of the equality principle in the euro area.

Lastly, the transparency of the exercise is also important. After the 2016 reviews, the BNB was criticized for this by financial analysts, rating agencies, and even the European Commission because the data provided for individual banks was very limited. On the other hand, the ECB should show the results in the already familiar forms of its regular reviews of banks in the euro area.

At the same time, however, the ECB is not associated with complete transparency. A spokesman for the ECB told Capital that the scenarios for the stress tests will not be published at all.

The group of six

The six banks selected by the ECB hold nearly 60% of the assets of the Bulgarian banking system, which makes the assessment sufficiently representative. The ECB is required to assess the three biggest banks - UniCredit Bulbank, DSK Bank and United Bulgarian Bank unless a similar review has been undertaken and the central bank can accept its conclusions.

The BNB conducted its exercise a while ago though and its findings were accepted hesitantly by the European Commission (and probably ECB). In addition, significant regulatory shifts have taken place in Bulgaria since.

The ECB chose three more banks - First Investment Bank (4th largest), Central Cooperative Bank (8th largest) and Investbank (12th largest). The three banks differ significantly in size, but what they have in common is that they are the biggest in the country with Bulgarian owners. There is one more such lender - Bulgarian Development Bank, but it is state-owned.

Based on comments of the ECB, it is likely that the entity to emerge following the purchase of Piraeus Bank Bulgaria, a subsidiary of Greece's Piraeus Bank, by Postbank, the local unit of another Greek lender - Eurobank Ergasias, will also be assessed later.

"If the new institution is assessed as significant for the Bulgarian market, it will be subject to a comprehensive assessment in due course," the ECB explained.

A positive turn of events for the assessed banks is that the exercise will be based on end-2018 results, which are likely to be the best since the start of the financial crisis. The Bulgarian banking sector's profit rose by 40% year-on-year to 1.22 billion levs in the first nine months, exceeding the full-year 2017 total.

There may also be some disadvantages for Bulgaria from the assessment procedure. The main setback is that the audited financial institutions will once more be required to set aside a significant administrative capacity for the exercise, which could slow down credit growth. However, this time the review covers only part of the sector, so the negative effect may be diminished by other, more aggressively growing players in corporate lending, such as Postbank and Raiffeisenbank Bulgaria, which will not be reviewed.

Another concern is that the European Central Bank may take up the task too conservatively and show a picture darker than is the case. In addition, the key issue is what the exercise will actually reveal, and how its results will be interpreted. Some banks may face serious oversight measures and even requirements for recapitalization or restructuring, which, if communication is sloppy, may spark a bank run.

I would pick consolidation of the banking sector that is ongoing in Bulgaria. In Q2 we saw the announcement of Hungarian OTP Group's local subsidiary - DSK Bank acquiring French SG Bank. Just recently, EFG Eurobank announced its intention to acquire Piraeus Bank. While the change will mostly impact the retail segment it will also have some effect on banking services for large corporations where ING is active. Clients with diversified international operations are increasingly looking for banking partners who can offer them all the products and services they require in individual markets but also provide an international network and unified client experience in different countries.

What do you see as the next major development in the field of your company's business in the forthcoming quarter or further?

There are numerous signs that the business cycle tide is turning globally. In Bulgaria, banking system profitability in the first three quarters of 2018 has already exceeded the previous entire year which many experts believe marks the peak of the economic cycle. This happened mainly on the back of double-digit growth of mortgage and consumer loan portfolios and recently triggered capital reserve changes by Bulgarian National Bank. Also, rising interest rates in the US are expected to reach the Eurozone and trigger a monetary policy shift in Bulgaria as well. Businesses will need to consider their investment decisions more carefully while consumers will find it more challenging to finance their spending.

Banks, on the other hand, shall benefit from positive interest rates but will face a growing regulatory burden.

Grzegorz Konieczny has been Country Manager of ING Bank in Bulgaria since January 2018. Prior to that he worked for ING in Poland for over 20 years, recently as Head of Lending. His current focus in Bulgaria is to develop transaction business leveraging on the bank's international network and sector capabilities.

Three years after the last comprehensive assessment of the financial sector conducted by the Bulgarian National Bank (BNB), six lenders will be probed once more.