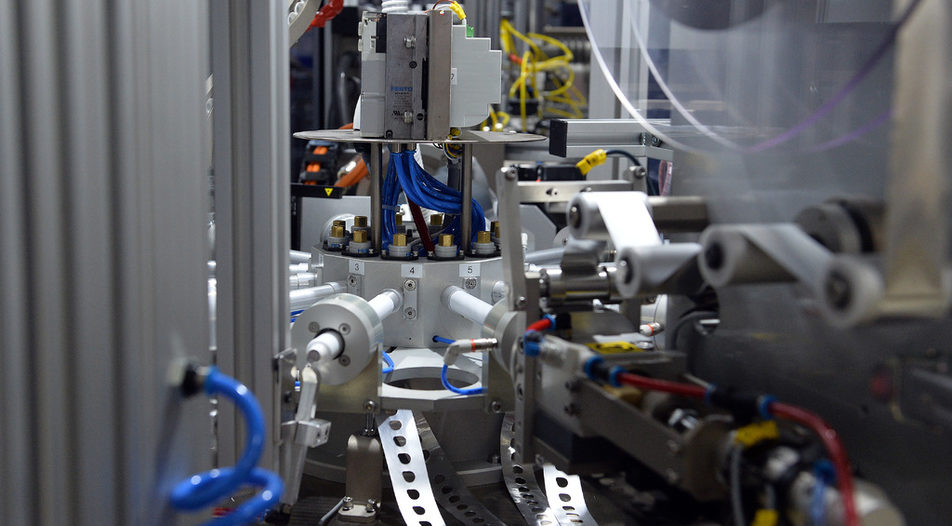 Gross domestic product growth slowed down to 3.0% year-on-year in the third quarter due to weakening exports and investment

The economic downturn in Europe continued in the third quarter. Eurostat data released in November showed that GDP in EU28 increased by a sluggish 1.9% year-on-year after an annual rise of 2.1% in the previous quarter, confirming the disappointing flash estimates from October.

Even Europe's growth engine - Germany, had an economic growth of just 1.2% year-on-year in July-September following an annual increase of 1.9% in the second quarter. Unsurprisingly, the Bulgarian economy followed the general trend by expanding by 3.0% in the third quarter - the lowest growth rate in four years, after adding 3.4% in the second quarter. In addition, fewer people were inclined to take up a job, inflation continued to accelerate, and investment activity, modest at best in recent years, weakened further.

However, there are grounds for optimism regarding 2019. For example, the European Commission is betting on a more rapid absorption of European funds, which will boost the Bulgarian economy to a growth rate of 3.7% next year. In the medium term, however, it seems that there is nothing to keep growth above 3.0%. The economic cycle in Europe has taken a turn, and insufficient investment in recent years in Bulgaria, including in human capital, will hardly stimulate potential growth.

Consumption remained the strongest driving force of the Bulgarian economy in the third quarter, expanding by 6.9% year-on-year. The big boost likely comes from household purchases, given the rise in average wages. In the third quarter, monthly remuneration rose by 7.7% year-on-year to 1117 levs, with the salaries of teachers and policemen rising fastest.

Another driver of income growth is the struggling labour market. Unemployment reached its pre-crisis levels of 5%, and employment beat its own record high from the previous quarter.

At the same time, however, the number of workers declined again in the third quarter. According to data from the National Statistical Institute, the number of employed shrank by 19,700 year-on-year. In other words, the number of working-age people, who are active in the labour market, is decreasing. This means that even if companies plan to expand and invest in new production lines, they will have difficulty finding workers for their new facilities. Monthly business surveys show that staff shortages are increasingly restricting corporate development in industry, construction and services.

Another downside is that a part of wage growth disappeared as inflation accelerated to 3.7% year-on-year in October due to a rise in prices of food and fuel products. Although official forecasts say that prices will stabilize next year, consumers expect that inflation will quicken. This can trigger more purchases now to avoid higher prices in the future. Moreover, mounting tensions sparked by the rising prices of commodities and services can fuel political instability, which in turn could also curb economic expansion.

The definitive factor in the slowing down of GDP growth this year has been the drop in exports. The increase in purchasing power generated by higher wages and employment has been driving up imports of goods and services, whereas exports fell by 3.2% year-on-year in the third quarter.

The good news is that high-value sectors recorded no decline. For example, sales of machinery, equipment and their parts grew by over 9% in the first eight months of the year compared to the same period in 2017. The overall decline stems primarily from one-off factors, such as this year's poor wheat harvest and lower arms sales. The economic crisis in Turkey, which is Bulgaria's biggest trade partner outside the EU, also took its toll.

"Bear in mind that the prices of agricultural produce are increasing. Producers are currently postponing exports because they are waiting for prices to stabilize at higher levels. They will most likely sell their produce in 2019," a financial analyst who declined to be named told Capital.

Another troubling aspect is the economic slowdown in Europe - the destination for two-thirds of Bulgarian exports. However, there is considerable uncertainty about this. It's unclear how and at what pace economic decline will occur, and at what cost for companies in Bulgaria depending on demand from the European market for their output. "If there's an economic downturn in Europe, exporters may seek other countries to sell to," said Kaloyan Staykov of Sofia-based think-tank Institute for Market Economics.

Investments also contributed to growth in the third quarter by rising 6.2% year-on-year. However, they increased by 6.6% in the previous quarter, whereas now the data even shows a drop on a quarterly comparison basis for the period between July and September.

"The important factor here is government policy," said the financial analyst. He says the government must find a way to increase public investment in road infrastructure construction and to distribute it more evenly throughout the year. Currently, the tendency is to pile large sums at the end of the seven-year planning period, to be followed by sharp declines in subsequent years. "This creates difficulties for businesses," he added.

In the short term, "unpredictability" is the watchword for the Bulgarian economy. It remains unclear what will happen to energy prices, which have been rising over the past year, in addition to inflation, which may accelerate more than expected. As a small and open economy, Bulgaria is highly dependent on global factors. Besides trade tensions around the world, next year will see Brexit, a possible crisis in developing countries and rising interest rates.

Perhaps these account for the mixed economic forecasts for Bulgaria next year. For example, the European Commission and the Bulgarian Ministry of Finance are betting on the acceleration of economic growth on the back of increased absorption of EU funds. However, such a forecast is dicey.

"In Bulgaria, everything is spent at the end of the programming period, which is still five years ahead," said Kaloyan Staykov. In the last period, the biggest chunk of spending came at the last possible moment - in 2015. In other words, the acceleration in the absorption of EU funds will most likely happen closer to 2022.

Other institutions such as the IMF expect growth to decelerate further next year. However, the biggest problem for Bulgaria lies not in the short term, but in the long run.

"The real convergence process is much slower than in other CEE countries due to structural limitations to potential growth, including a shrinking labour force because of the ageing population and migration, but also a slower growth of capital accumulation," said Ciprian Dascalu, chief economist at ING Bank in Romania. Economist Latchezar Bogdanov of Sofia-based think-tank Industry Watch also points to the need for innovation and investment in education as the key to securing a sustainable rise in living standards in the medium term.

The economic downturn in Europe continued in the third quarter. Eurostat data released in November showed that GDP in EU28 increased by a sluggish 1.9% year-on-year after an annual rise of 2.1% in the previous quarter, confirming the disappointing flash estimates from October.

Even Europe's growth engine - Germany, had an economic growth of just 1.2% year-on-year in July-September following an annual increase of 1.9% in the second quarter. Unsurprisingly, the Bulgarian economy followed the general trend by expanding by 3.0% in the third quarter - the lowest growth rate in four years, after adding 3.4% in the second quarter. In addition, fewer people were inclined to take up a job, inflation continued to accelerate, and investment activity, modest at best in recent years, weakened further.