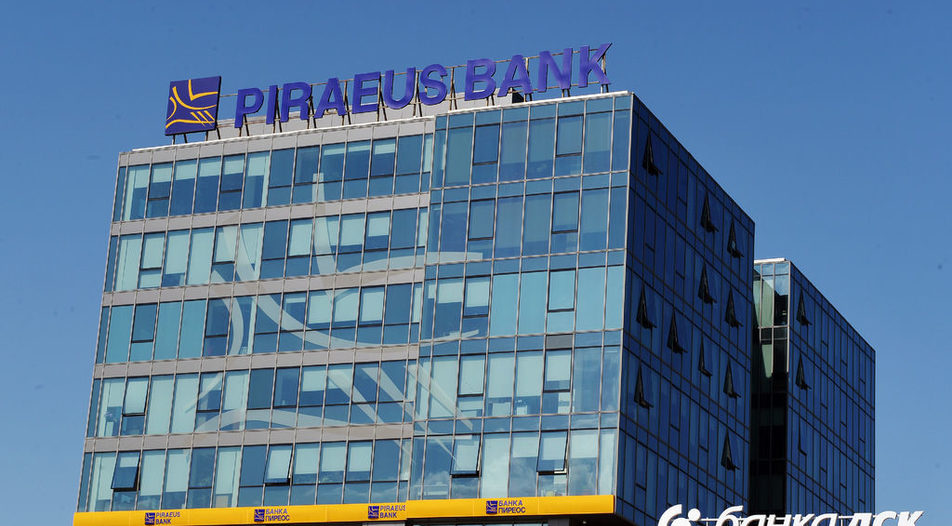 After the sector shrunk by four banks in the last five years, at least two more sales and a merger are expected before year-end.

Over the last few years the question in Bulgaria was whether there were interested buyers rather than which Bulgarian banks are up for sale. Practically, ever since the onset of the global crisis, every new party seeking to enter the market could have had their pick - usually among smaller players, but often among the bigger ones as well. It seemed as though there was little interest in such deals.

After the recent successful deal for United Bulgarian Bank (UBB) which was absorbed by Belgium's KBC Group, tables seem to have turned. There has been no stir of such great magnitude among the ranks ever since the times of privatization in the sector at the end of the 1990s - consultations, studies, consideration of offers. At least two sales are currently in progress - those of Société Générale Expressbank and of Piraeus Bank. Both of them are known semi-officially, with those in the know claiming there may be more to come.

What has triggered the mergers?

Bulgaria's highly fragmented banking sector, populated by 21 banks and 5 branches of foreign banks, is gradually changing its appearance. Over the course of the last five years, the sector has diminished by four banks, with at least two more deals expected before the end of the year.

The benefits of consolidation in the sector are indisputable. Above all, it reduces the risk in the system. Big banks hold a number of competitive advantages - economies of scale, higher efficiency, investment opportunities in modernization. The ongoing pressure on yields and profits from low rates means that banks are facing the need to optimize their costs and activities regardless of their size. On top of that, a substantial amount of serious new regulatory requirements are coming into force which are bound to weigh down on banks' capital by opening up the need to commit funds to meet those requirements. The combination of these factors creates pressure for mergers and consolidation.

In the presence of internationally-named giants who seem to draw in all the high-quality customers, smaller Bulgarian banks are logically left with the higher-risk projects which for one reason or another have remained unwanted by others up the value chain. Probably, this is related to the sector (most foreign banks, for example, do not wish to service the local arms sector) or the reputation of the borrower. As a result, niches remain for small banks which choose to be sensibly managed where they can try to be more flexible and provide boutique services.

A certain boost to consolidation was also given by the asset quality assessment conducted in 2016. This process required the allocation of more provisions and revealed the need for additional funds to fill up capital buffers - at First Investment Bank (Fibank) and Investbank, for example. The process also outlined the prospect of seeking alternatives, such as sale or consolidation. In the instance of Fibank this was the main force behind the commencement of seeking strategic investor(s), as announced by the bank a year ago. At this stage, however, there is still no result.

In the case of Investbank, the consolidation surprisingly took the opposite direction with the bank finding itself not in the position of the one being sold, but in the shoes of the one conducting the buy-out. After repeated attempts in the course of which Investbank initially failed to obtain clearance, now it is the one expected to be announced as buyer of Victoria Bank, which is being sold by the trustees of Corporate Commercial Bank (Corpbank). The sale of the smallest bank on the market, which practically has no activities and only manages the remains of an inherited portfolio, is not going to have any other impact on the sector besides reducing the total number of lenders by one: for the deal to go through, the Bulgarian National Bank (BNB) requires the buyer to merge Victoria Bank within six months of the acquisition.

Leaving Through no Fault of Their Own

Victoria is the legacy of the first wave of foreign investors withdrawing from the banking sector due to external, crisis-related circumstances. The bank was owned by France's Crédit Agricole which left Bulgaria due to its own problems resulting from the financial crisis. It sold its unit in Bulgaria to Corpbank which decided to retain it as a separate bank. A week after the deal was finalized, a bank run on Corpbank forced BNB to take control of both banks.

The withdrawal of several other international banks also took place in the context of the crisis.

The sale of MKB Unionbank in 2013 by Germany's Bayern LB and its subsequent takeover by Fibank in 2014, the takeover of the Bulgarian branch of Alpha Bank by Postbank in 2016, the sale of UBB by its Greek owner NBG to the KBC Group and its subsequent merger into Cibank in 2017 are all deals of the same type - sales by leading players on the markets in their home countries due to the fact that those had been seriously affected by the crisis and received state aid in exchange for commitments to restructure their activity and sell assets.

This is also the reason for the current sale of Piraeus Bank Bulgaria by its Greek owner. Another takeover is expected, with Postbank being touted as potential buyer with a set-off scheme in place - that is, unless one of the global investment funds demonstrating their appetite for acquisitions in the region comes up with an attractive offer. Piraeus sold its business in Romania precisely to one such investment fund - US-based JC Flowers & Co.

Previously, such was also the case with Slovenia's Nova Ljubljanska Banka (NLB Bank East-West which was renamed to TBI Bank) and Allied Irish Banks (which sold its controlling stake in Bulgarian-American Credit Bank (BACB) to Tsvetelina Borislavova (former majority owner of Cibank). Their withdrawal from the market was not followed by consolidation in the sector here.

The other external catalyst for consolidation processes is the re-arrangement of businesses on an international and regional scale. Many banking groups use the period of tranquility provided by the European Central Bank with its unprecedentedly loose monetary policy to rethink their strategy and position themselves well in anticipation of the period when rates will start going up. To many, their divisions in the region are the result of chaotic purchases made before the crisis in the hope for a rapid expansion which never took place.

Société Générale Expressbank is one such example. The seller, French giant Société Générale, has reevaluated as unpromising its position in the Eastern European region, to which Bulgaria belongs.

On the buyer's side lies the same reason - expansion to new markets or acquiring a share of existing regional players, as is the case with the main candidate for Société Générale Expressbank - the biggest Hungarian bank, OTP. In Bulgaria, it is the owner of the second biggest player in the sector - DSK Bank. A deal would almost certainly lead to consolidation which would see DSK become an institution of the size of the leader - Unicredit Bulbank.

Overall, the current moment looks like a good time to sell but a hard time to buy due to the high valuations set by deals already concluded. UBB is one such example: its sale (alongside six companies in UBB group) fetched 610 million euro, a record price for the Bulgarian banking sector so far and the second largest in the corporate sector in Bulgaria over the last five years after the sale of Globul to Telenor for 717 million euro. It was traded at a price/book value of 1.1. Therefore, the price for Société Générale Expressbank is expected to reach at least the book value of the bank's capital (around 760 million levs as of end-2017), with a value above this touted as more realistic.

These developments also reflect the evolution of the banking sector in Bulgaria which is entering the next stage in terms of ownership. After the banking chaos of the 90s, which pushed the entire sector into collapse and led to the introduction of the currency board system, western European banks rode a big wave of new entries at the turn of the century. The new and undeveloped Bulgarian market provided them with a high profit margin as compared to their domestic markets. Now, the Bulgarian market is much more saturated, profitability is low and the demographic prospects are bleak. The banking market is entering a phase of an increasingly important role being played by investors from Central and Eastern Europe, which can also be seen clearly in the latest major deals for companies in the telecommunications and media sectors.

The banking sector is substantially more regulated, though, which allows banking supervision authorities to speed up consolidation through their prescriptions and tightening of requirements. In the countries within the region, regulators are providing increasingly clear signals as to the form into which they want to shape their banking systems by approving or barring certain deals from taking place. Some, such as Hungary, have shown a frank willingness to strengthen the influence of banks with local capital. This also holds true for Romania to some extent, where however it is fueled rather by the desire to avoid increased Russian influence in the sector.

So far, BNB has failed to provide a clear signal as to whether it has any preferences in terms of how it would model its market, other than openly supporting deals which lead to consolidation. Over the last few years the large share of the Bulgarian market controlled by Greek banks had become a substantial burden for it due to the uncertainty connected to each movement in Athens but this problem is eliminated now, with Alpha Bank and NBG having left the market.

For years, BNB's unofficial policy has been to prevent local businesses and economic groups from acquiring banking licenses. To some extent, this approach was quashed with the speedy approval of the rather non-transparent privatization of Municipal Bank in early 2018 (sold to a company whose end owner is hidden), even though so far there have been no obvious signs for local players showing an appetite towards any of the bigger banks on the market.

Over the last few years the question in Bulgaria was whether there were interested buyers rather than which Bulgarian banks are up for sale. Practically, ever since the onset of the global crisis, every new party seeking to enter the market could have had their pick - usually among smaller players, but often among the bigger ones as well. It seemed as though there was little interest in such deals.

After the recent successful deal for United Bulgarian Bank (UBB) which was absorbed by Belgium's KBC Group, tables seem to have turned. There has been no stir of such great magnitude among the ranks ever since the times of privatization in the sector at the end of the 1990s - consultations, studies, consideration of offers. At least two sales are currently in progress - those of Société Générale Expressbank and of Piraeus Bank. Both of them are known semi-officially, with those in the know claiming there may be more to come.