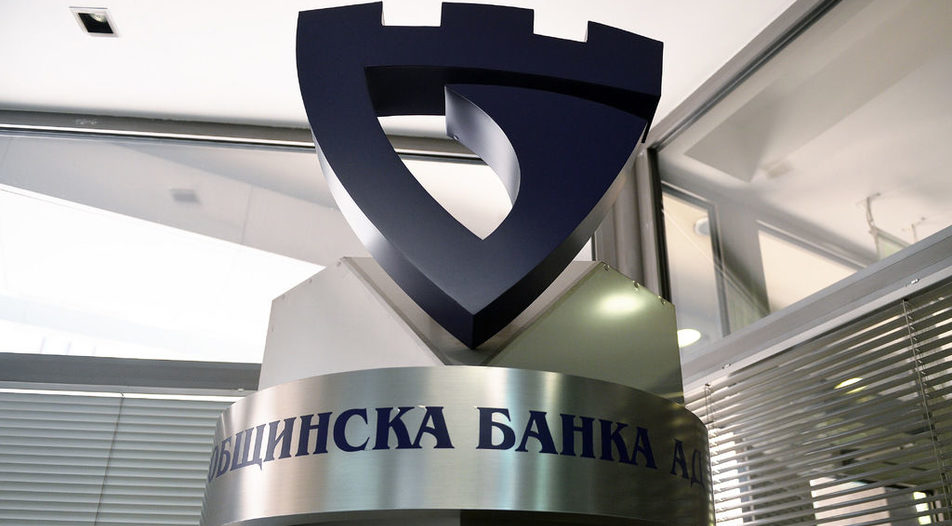 The Bulgarian National Bank (BNB) chose to announce its approval of the acquisition of Municipal Bank by an anonymous investor on January 11 - the day when the media attention was focused on the start of the Bulgarian presidency of the Council of the EU and protest rallies on various topics. Those events made sure that any financial news would be reduced to a brief notification in the media. This is part of old BNB's strategy to announce unpleasant new of Friday.

Well, the effect was achieved to a certain extent. The central bank succeeded to at least temporarily mitigate the negatives of its probably most controversial decision in the past 20 years (not counting the chronic neglect of its supervisory functions that made possible the expansion and subsequent bankruptcy of Corporate Commercial Bank (Corpbank) in 2014).

The approval of the deal was a stark reversal of the central bank's policy of the past 15 years to tacitly deny permission to local business groups to acquire control of banks in order to prevent them from using the depositors' money to finance their own business activities. The fast-track review of the deal by all responsible institutions and the compromises made by the BNB indicate high-level pressure and protection.

This decision is yet to haunt it. Municipal Bank, which holds 40% of the deposits of municipalities in Bulgaria was sold by Sofia Municipality to a local oil trader with quite a few stains on its track record.

The buyer of the controlling stake of 67.65% in Municipal Bank is Novito Opportunities, an alternative investment fund recently founded by Liechtenstein-based CAIAC Fund Management. The 46 million levs required for the purchase has been provided by Insa Oil but the Bulgarian company is acquiring non-voting shares and therefore formally it has no control and influence over the bank, according to the BNB.

"If there is a change, another procedure should take place," Dimitar Kostov, BNB Deputy Governor responsible for Banking Supervision, explained to Capital.

However, this explanation fails to address the fact that CAIAC's core business is to create and manage customer funds and logically, the fund management company would comply with the requirements and orders of the sole investor in Novito. The uncritical acceptance of this story by the BNB raises serious doubts about the central bank's real motives to approve the deal.

The rules of the European Supervisory Authorities require the central banks to review in detail such transactions. The "Joint Guidelines for the Prudential Assessment of Acquisitions and Increases in Qualifying Participations in the Financial Sector" explicitly state that the supervisors should examine any related parties that could acquire controlling stake in a bank. "When no notification evidencing that certain persons are acting in concert has been submitted to the supervisor, the latter should not be precluded from examining whether such persons are in fact acting in concert", the guidelines prescribe.

The rules give the central bank the right to look into companies exercising direct control as well as those exercising any "significant influence", i.e. the BNB has sufficient grounds for undertaking a thorough review not only of CAIAC who will manage Municipal Bank, but also of the company financing the acquisition, Insa Oil.

The bank licensing policy of the BNB adopted in 2007 contains even more restrictive conditions: "The willingness of individual successful business groups to set up their own banks without proving their ability to manage financial assets and service their debts, will not be treated without reservations."

However, according to the BNB, these conditions only apply to the licensing of new credit institutions but do not apply to the prudential assessment of acquisitions and increases in qualifying holdings in an existing credit institution. Dimitar Kostov explicitly emphasized that the BNB has never prevented local business people from entering the banking sector, which would have been discriminatory and unconstitutional, and any rejections have always been based on the statutory assessment criteria.

Over the last 15 years the only bank acquisitions by Bulgarian residents were the purchase of a majority stake in Teximbank by companies connected to Chimimport group and the acquisition of Bulgarian-American Credit Bank (BACB) by Tsvetelina Borislavova, where she was an experienced banker and the origin of the funds was clear - the sale of her shares in CIBank.

The fast-track approvals by all institutions that ensured the conclusion of the contract just three weeks after it was endorsed by the Sofia Municipal Council indicates support from the highest level possible. Prior to the BNB approval, the Commission for Protection of Competition needed just a week to give the green light to the deal. The municipal councilors supported the sale without major debate at their last session in 2017.

In addition, the fate of Municipal Bank still hinges on the shares owned by Hristo Kovachki, a Bulgarian businessman with a somewhat dubious reputation. Companies linked to Mr Kovachki used to have a blocking quota in the bank before the BNB stepped in to temporarily suspend their voting rights in 2011 and the bank's statute was amended in favor of Sofia Municipality. Thus, any potential candidate was also facing the risk of the Supreme Administrative Court return control of the bank to Mr Kovachki, which naturally further reduced investor interest and the price (according to the valuation of Grant Thornton - by 15 million levs).

All of the above suggests that there are some hidden interests behind the deal, and the name most often mentioned in the financial circles in Bulgaria is Delyan Peevski. However, there is no evidence of his involvement. For example, the media controlled by Mr Peevski covered the news of the sale in a neutral way.

Another hypothesis is that some circles in the ruling GERB party are behind the deal. For example, Novito intends to keep the current management. Since Sofia Municipal Council regained control of the bank from Mr Kovachki, the lender is actually controlled by the majority of GERB in the council, and the current Minister of Finance Vladislav Goranov was its executive officer for a short time in 2014.

"There is also a decision of the bank's board of directors, confirming their willingness and opportunity to continue to fulfill their obligations within the framework of the business strategy presented by the applicant, which was developed on the basis of the bank's business model applied so far," BNB explained to Capital newspaper.

However, the purchaser may have mustered broader backing. The deal was supported by GERB in the Municipal Council but there has been no criticism on part of the opposition in the national parliament. The only sharp rejection came from the extraparliamentary Yes, Bulgaria party, which demanded the resignation of the government.

The sale of Municipal Bank is unlikely to produce instantaneous shocks on the domestic banking market, although it has sent alarming signals about the reliability of the safety mechanisms of the country's financial system. With assets of 1.5 billion levs, it is a mid-sized player on the Bulgarian market and is not systemically significant. Even if it adopts a more aggressive behavior in an attempt to attract more deposits like the bankrupt Corpbank did, this will not go unnoticed and will take time. With capital of just over 90 million levs, the bank would be unable to finance projects worth more than 10-12 million euro without a solid financial injection. There is no immediate risk for the funds of the municipalities in the bank, because by law they are secured by government bonds.

Apart from the guaranteed volumes and turnover, servicing the transactions of the local governments is not particularly lucrative. At the same time, the bank, which provides 42% of total funding to municipalities, may be used as a lever to influence mayors in public procurements but that would be mainly applicable to the more indebted and small municipalities.

Even though the new owner has officially committed to keep the bank's current profile there are no guarantees about that. Another issue is whether the municipal governments and the companies they own would like to continue working with the bank and whether it will be possible for the new private shareholder to be funded under the same conditions. A good indicator will be the reaction of the rating agencies. Municipal Bank's current rating of Ba3 stands 4 notches below the Baa2 rating of the government assigned by Moody's. The rating agency commented for Capital that they are currently assessing the impact of the change of ownership.

It is also unclear to what extent a scheme which relies on funding by a non-voting shareholder can be sustained. According to the BNB, the applicant has undertaken commitments to provide additional capital for the bank's development, if necessary. "The investor in the alternative investment fund (Insa Oil) has declared its willingness and readiness to make additional investments to support the management company's objectives with regard to investing the Fund's resources in the bank. Insa Oil's capabilities for such additional investment are assessed on the basis of both its financial statements and the bank references presented," Dimitar Kostov explained.

However, questions linger. The most obvious one is linked to the speed of concluding the deal. A logical answer is that the new owners want to quickly close a topic that sparks media criticism. A financier whom Capital interviewed, mentioned another possible reason: the impeding procedure for the sale of First Investment Bank. According to him, it will be logical to hurry up with the acquisition of Municipal Bank if the new owners want to refinance their exposures in FIB before a potential new investor comes in. Some of the major clients of FIB are companies associated with Peevski and Kovachki.

The Bulgarian National Bank (BNB) chose to announce its approval of the acquisition of Municipal Bank by an anonymous investor on January 11 - the day when the media attention was focused on the start of the Bulgarian presidency of the Council of the EU and protest rallies on various topics. Those events made sure that any financial news would be reduced to a brief notification in the media. This is part of old BNB's strategy to announce unpleasant new of Friday.