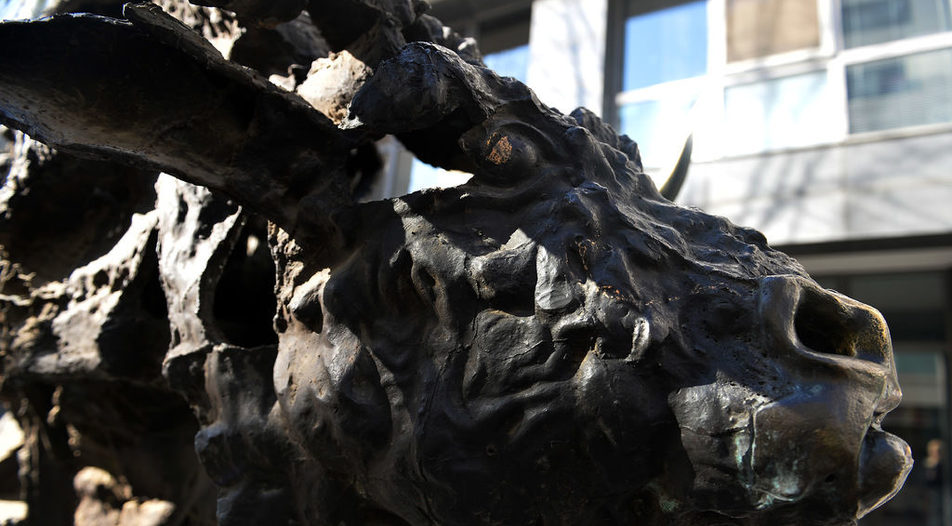 The Bulgarian Stock Exchange (BSE) seems to be slowly regaining the interest of investors as bank deposit rates remain close to historic lows. In addition, according to data from the National Statistical Institute, the average income per household member in Bulgaria rose by an annual 9.4% to 1,431 levs in the third quarter of 2017, which prompted a fresh flow of investment to the Sofia bourse.

Among the main growth drivers during the period were improved macroeconomic fundamentals, strong corporate financial performance, as well as increased speculation related to possible mergers and acquisitions regarding BGBX40 constituents.

Following is a ranking of the 10 best performers among the most traded stocks on the BSE during the period under review.

Doverie United Holding advanced the most among the BGBX40 constituents, as its share price added a whopping 128.49% to 2.045 levs in the 12 months to end-November.

The price was strongly influenced by speculation on the intention of Bulgarian drug maker Sopharma to further increase its stake in the diversified holding. Sopharma increased its shareholding interest to over 25% by acquiring 1.16 million Doverie United Holding shares representing a 6.2% stake in December 2016.

In February 2017, Sopharma filed for regulatory approval to further increase its stake to over 50%. However, the company has not followed up on its announced intention by the time of writing of this article.

The share price got an additional boost from the inclusion of Doverie United Holding in the SOFIX as part of a revision of the composition of the index in September.

With a closing price of 5.77 levs on November 30, 2017, the shares of Aktiv Properties Real Estate Investment Trust (REIT) recorded an increase of 115.3% during the review period.

Even though Aktiv Properties ended 2016 with a consolidated net loss of 274,000 levs, the company shares were among the most traded stocks on the Sofia bourse at that time.

As a result, the BSE announced in March that as of July 20 Aktiv Properties will become a component of two of its indices - the BG-REIT index, which tracks the performance of the major companies on the Special Purpose Vehicles segment, and the BGBX40.

The announcement propelled the company shares significantly higher, although the pace of the increase slowed down after the REIT said its first-half consolidated net loss has widened to 31,000 levs from 2,000 levs in the first six months of 2016

The shares of cellulose producer Svilosa gained 110.38% to 4.7 levs during the 12 months ended November 30, 2017 on the back of strong financial performance and the company's intention to set up a joint venture with a foreign peer.

The company's consolidated first-quarter net profit more than tripled to 4.5 million levs. Svilosa sustained its robust performance in next two quarters and reported a fourfold annual increase of net profit, to 20.8 million levs, in the first nine months of the year.

Svilosa announced in September it intends to set up a 50/50 joint venture in Bulgaria with Indian peer Sigachi Industries by the end of 2017. The new company will have a registered capital of 25 million euro.

CEZ Distribution Bulgaria doubled its share price during the twelve months ended November 30 as its majority owner, Czech energy group CEZ, continued negotiations for the sale of its assets in Bulgaria with several potential investors. The shares of the company added 99.95% to 273 levs.

The CEZ Group has already reached an agreement to sell one of its Bulgarian assets, the Varna thermal power plant, to Bulgarian-based logistics company SIGDA and it is expected to announce its final decision on the sale of CEZ Distribution Bulgaria by the end of 2017.

The share price of the Bulgarian Stock Exchange (BSE) recorded a 94.75% increase in the review period after the Sofia bourse operator said it is exploring options to acquire the Independent Bulgarian Energy Exchange (IBEX) from its sole owner, state-owned Bulgarian Energy Holding (BEH) company.

The rise in the BSE share price took place mostly in the second half of the year. In August, the BSE said it has reached an agreement with BEH to acquire the IBEX for 5.2 million levs and intends to finance the acquisition through proceeds from the sale of government securities it owns. The deal has already received approval from the BSE shareholders and the country's competition regulator and is expected to be wrapped up in the following months.

The sharp rise, which began in March, coincided with the announcement the bank is exploring options for its development, which might include strategic partnerships and/or consolidation, a capital increase via a new share issue, or attracting new key investors.

Financial and insurance group Eurohold Bulgaria recorded an annual increase of 80.68% to a closing price of 1.319 levs per share on November 30, 2017, on the back of strong financial performance and news regarding a capital hike and a new bond issue.

The company saw its share price increase sharply at the beginning of May, when it announced its consolidated net profit has increased to 1.6 million levs in the first quarter of 2017, from 21,000 levs in the like period of 2016. A week later the company said it plans to distribute a gross dividend of 0.01 levs per share for 2016, up from 0.00287 levs paid out for 2015.

In October, Eurohold Bulgaria said its shareholders have approved a proposal to increase the share capital by 40.3 million levs to 202 million levs and to issue a five-year bond of up to 100 million euro, in order to refinance its debt at a lower interest rate. Later that month, Bulgaria's financial regulator approved the prospectus for the capital hike.

On December 1, Eurohold Bulgaria issued 70 million euro worth of five-year notes carrying a fixed annual interest rate of 6.5%.The funds raised through the issue will be used for purchasing the notes from the previous 47 million euro issue due December 2021 that carries an annual coupon of 8.0%, as well as for developing and expanding Eurohold's business.

The share price of Bulgarian cable and wire manufacturer Emka increased by 68.03% year-on-year to 3.29 levs per share at end-November 2017 backed by solid financial performance of the company.

Sopharma closes the list of top 10 gainers on the BSE in the twelve months ended November 30, 2017. Sopharma shares rose 49.72% to a closing price of 4.27 levs during the period under review.

In September, Sopharma said it has signed an agreement to absorb its local peer Unipharm, under which Unipharm shares will be converted into Sopharma shares at a ratio of 1:891512.

In October, US-based pharmaceutical company Achieve Life Sciences said on Thursday it has entered into an exclusive supply agreement with Sopharma for the manufacture of cytisine active pharmaceutical ingredient and finished tablets. Under the terms of the deal, Sopharma will produce GMP-grade cytosine for Achieve's use in the development and commercialization of cytosine.

This was followed by news that Sopharma is considering opening two production plants - in Sofia and Kazanlak in 2018.The plant in Sofia will include manufacturing facilities for lyophilic products, while the Kazanlak plant, in central Bulgaria, will boost the company's extraction capacity for the manufacturing of phyto products.

The Bulgarian Stock Exchange (BSE) seems to be slowly regaining the interest of investors as bank deposit rates remain close to historic lows. In addition, according to data from the National Statistical Institute, the average income per household member in Bulgaria rose by an annual 9.4% to 1,431 levs in the third quarter of 2017, which prompted a fresh flow of investment to the Sofia bourse.