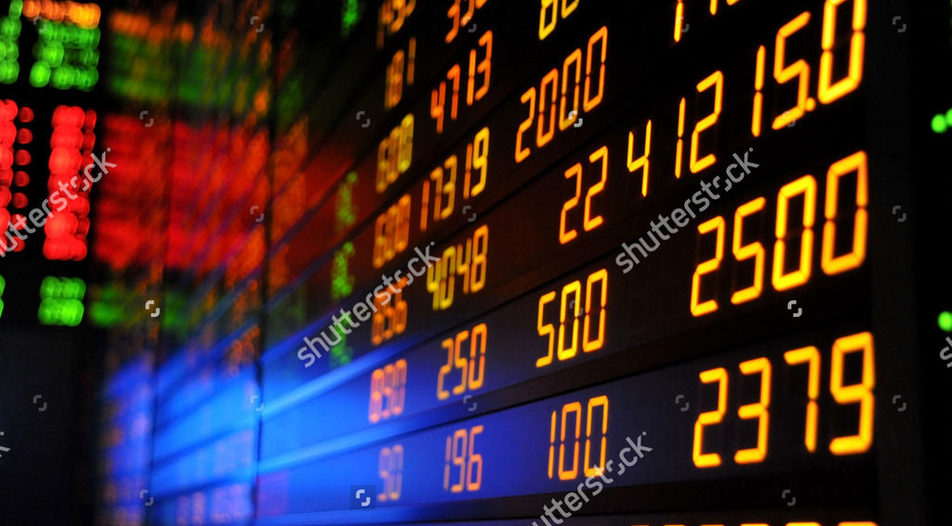 The blue-chip SOFIX index of the Bulgarian Stock Exchange (BSE) rose 4.89% to 664.08 points in the April 1 - June 1 period based on solid performance of companies in the banking sector, as well as diversified holdings. The index peaked on May 3, when it closed at 664.71 points.

Low interest rates on bank deposits and positive financial results of the majority of the blue-chip companies led to an increase in investor interest and thus contributed to the growth recorded by the index.

SOFIX is headed for a rise for a third straight quarter following the launch of Expat Bulgaria SOFIX UCITS ETF, Bulgaria's first exchange-traded fund (ETF), at the end of September 2016. The ETF tracks the performance of the blue-chip SOFIX index by adhering to the method of full physical replication of the index.

Due to a combination of all aforementioned factors, trading turnover generated from deals in the SOFIX components more than tripled in the April 1 - June 1 period, reaching 31.7 million levs, compared to 8.9 million levs in the same period of 2016.

Deals in the SOFIX components accounted for 56.4% of all transactions and 54.96% of the trading turnover generated on the regulated market of the Bulgarian Stock Exchange in the period under review. In the like period of 2016, trading in the SOFIX components was responsible for 48.26% of all deals and 44.47% of turnover. The change indicates increased investor interest in the companies, part of the SOFIX, and underlines the positive role of Expat Bulgaria SOFIX UCITS ETF with regard to increasing turnover on the BSE.

Over the 12 months ended June 1st, the SOFIX rose by 49.87% - one of the strongest growth rates in the region - following a slow start of 2016. The blue-chip index decreased in both the first and the second quarter of last year, but following appointment of new chairpersons at two key regulatory bodies - the Commission for Protection of Competition (CPC) and the Financial Supervision Commission (FSC), complemented by the launch of Expat Bulgaria SOFIX UCITS ETF, the BSE seems to have partially regained the trust of investors.

In other major markets in the region of Southeast Europe, the blue-chip BET index of the Bucharest Stock Exchange rose 35.65%, reaching a peak value of 8,769.41 points at the end of the one-year period.

First quarter consolidated financial results, as well as dividend distribution are among the factors that will drive trade on the Bulgarian Stock Exchange in the following months.

"Summer is typically slow for the Bulgarian Stock Exchange, so I don't expect any major developments," Ivan Takev, CEO of the BSE, told KQ. However, after falling for several years in a row, dividend levels have been rising since 2015 and this year they are expected to be at least on par with last year, if not higher, he added.

Companies with a dividend yield of over 3% are likely to perform well over the next months as they will attract interest from investors looking for a low-risk alternative to the current low interest rates on bank deposits, Tsvetoslav Tsachev, chief investment consultant at Bulgarian brokerage house Elana Trading, told KQ.

Most of those companies are in the industry sector and export part of their output to the European markets, he added. Other companies which might attract interest from the same category of investors are real estate investment trusts.

More risk-prone traders will look for companies improving their financial results and investing in increasing output and efficiency. Those are companies from dynamic sectors such as finance, Tsachev said.

Two banks were among the top three blue-chip gainers on the BSE in the April 1 - June 1 period.

Fibank's strong performance was backed by news that it has hired a financial advisor in relation to exploring strategic options for the bank's development, which might include strategic partnerships and/or consolidation, a capital increase via a new share issue, or attracting new key investors.

Central Cooperative Bank shares rose 7.92% to 1.608 levs after the company announced in March its consolidated net profit soared to 25.7 million levs in 2016, compared to 3.9 million levs in 2015. The growth was mainly due to a significant increase in net interest income stimulated by the company's strategy to focus on consumer banking.

Chimimport shares rose the most among the blue chips on the BSE, increasing 13.82% to 1.729 levs in the period April 1 - June 1, mainly on the back of strong financial performance in the first quarter. The group's consolidated net profit rose 22.2% year-on-year to 28.8 million levs in the first three months of 2017 supported by an increase in revenues from financial operations.

Chimimport is active in banking, insurance and financial services, air transport, oil and gas production, trade in petroleum products, chemicals and fertilizers, and grain industry, among others.

Financial and insurance group Eurohold Bulgaria, which became part of the SOFIX on March 20, also saw its share price increase, underpinned by strong financial performance. Eurohold shares rose 6.83% in the April 1 - June 1 period, after the company swung to a net profit of 6.9 million levs in 2016, following a net loss of 81.1 million levs in 2015. First quarter results also proved better than last year in terms of net profit.

Doverie United Holding was the top gainer on the BSE in the review period, adding 23.98% to 2.12 levs, mainly driven by news of Sopharma's plans to increase its stake in the company and, possibly, launch a buyout bid. Doverie United Holding owns stakes in over 25 companies operating in various sectors of the economy.

Shares of cellulose producer Svilosa rose 23.64% to 3.4 levs in the period following the company's strong financial performance. On May 29, Svilosa shares gained 9.38%, after the company announced earlier during the day it had tripled its consolidated net profit in the first quarter compared to the like period of 2016.

Shares in tobacco company Bulgartabac rose 22.42% to 44.5 levs mainly due to a deal with British American Tobacco (BAT), which acquired Bulgartabac's leading brands for over 100 million euro. On April 12, when the deal was announced, Bulgartabac shares closed 23.45% higher.

One of the newcomers to the BSE, telecommunications company Allterco, was also among the top performers in the period under review. Allterco, which started trading on December 1, 2016, saw its shares rise 16.01% to 2.181 levs between April 1 and June 1 following strong performance of the company's wholly-owned subsidiary, Allterco Robotics, which announced a deal with A1 Telekom Austria for the supply of children's watches MyKi. However, since Allterco announced on May 29 it had recorded a net loss in the first quarter, its shares lost 8.9% in the last four trading sessions of the period.

Another strong performer in the review period was electricity distributor CEZ Distribution Bulgaria. Its shares added 13.92% to 270 levs, on the back of a number of factors. The company's net profit nearly doubled in the first quarter, then the board proposed to pay a gross dividend of 25.4 levs per share for financial year 2016, after skipping dividend in the previous two years. In addition, interest in the company shares was boosted by news that the parent company, Czech power utility CEZ, has started negotiations with selected investors on the sale of its assets in Bulgaria.

The blue-chip SOFIX index of the Bulgarian Stock Exchange (BSE) rose 4.89% to 664.08 points in the April 1 - June 1 period based on solid performance of companies in the banking sector, as well as diversified holdings. The index peaked on May 3, when it closed at 664.71 points.

Low interest rates on bank deposits and positive financial results of the majority of the blue-chip companies led to an increase in investor interest and thus contributed to the growth recorded by the index.